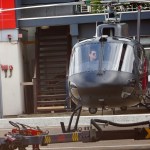 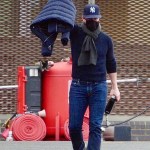 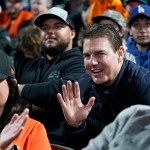 Love’s a Risky Business for Tom Cruise after his very public divorce from Katie Holmes. The couple split back in 2012, but according to a friend of the action star, he’s still leery of falling in love.

Tom Cruise, 56, has been single since his marriage to Katie Holmes, 40, ended seven years ago. A friend of the notoriously private mega star told HollywoodLife EXCLUSIVELY that while he does casually date, he’s not serious with anyone and has come to terms with the fact that he may not marry again. His ex Katie has been quietly dating his former friend Jamie Foxx, 51, since 2015 — so what is holding Tom back?

“Since his heartbreaking, very public split with Katie, Tom has been hesitant to live out loud or fall in love again and sometimes he feels like it will be OK if he never marries again,” our source says. “Tom does casually date women, but never in public. He is always very private and he does not have a steady girlfriend,” says the source. “Tom prefers to romance women who share similar spiritual interests, which narrows his field when choosing a romantic partner.” Tom is super committed to Scientology — so much so that he reportedly hasn’t seen his daughter Suri Cruise, 12, since 2013 because she’s no longer a member of the controversial church.

It’s of course still a possibility that Tom will find love again, but according to the source, it’s not something Tom feels he needs for fulfillment. “While Tom enjoys falling in love, he also is happy being by himself and has accepted that, after three failed marriages, he may never get married again,” our source added. “He values his privacy and his religion comes before relationships or anything else, which is fine by him.” Tom’s career is another top priority for him, and it’s not showing any signs of slowing down. The superstar is currently filming Top Gun 2 and he’s got more action flicks on the way after that — including two more Mission Impossible movies.

Tom may not have found success in love  — but whatever he’s doing, it does seem to be working because he’s just a few years away form turning 60, and he still manages to look the same as he did 32 years ago when he filmed the original Top Gun. Go Tom, go!