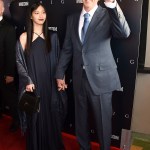 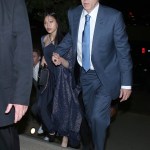 After nearly a year of dating, Nicolas Cage & Erika Koike were married briefly before the actor shocked fans by asking for an annulment!

Four days after Erika Koike, 34, married Nicolas Cage, 55, the National Treasure star surprisingly asked a judge to cancel their marriage. Just as many of the details surrounding their extremely brief union are shrouded in mystery, so is Erika’s background. Here’s what we know.

1. She’s listed as a makeup artist on IMDB. Her sole credit is the short film, Hankikanto.

2. She started dating Cage in 2018. The two were first spotted together in Puerto Rico in April, grabbing lunch together. Cage had been shooting the film Primal in Puerto Rico at the time.

3. They were later seen in Beverly Hills one month after that in May. While Koike wore a white top and metallic pants on their dinner date on May 21, Cage donned a zebra print jacket and a black button down shirt.

5. It’s unclear whether Cage and Koike will stay together after his annulment filing. In fact, Cage has reportedly asked for a divorce fromKoike if he can’t get the annulment, according to The Blast.