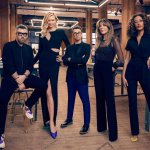 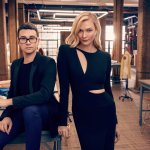 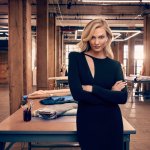 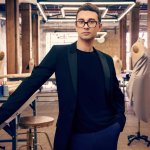 The ‘Project Runway’ designers are in for a real treat during the March 28 episode. The designers freak out when they’re introduced to celebrity stylist Marni Senofonte in this EXCLUSIVE preview.

Christian Siriano introduces the designers to one of the most influential stylists in the world, the one and only Marni Senofonte, in our EXCLUSIVE preview of the March 28 episode of Project Runway. Marni has styled major celebrities like Kendall Jenner and Beyonce. “Marni is really responsible for all the innovative fashion you saw in the Lemonade film and Queen Bey’s tour,” Christian says.

“I am fangirling hard standing in front of Marni right now,” designer Bishme Cromartie says in our sneak peek. “Marni’s style is so freaking crazy and amazing because she does not follow the rules. She makes her own rules.” Christian explains that Marni will be available to the designers “when you need her the most throughout the whole competition.” This is a game-changer for the designers.

Marni doesn’t waste any time giving the designers some advice ahead of the next challenge. “It’s not just about the garment. It’s about everything,” Marni tells the designers. “It’s the entire visual. It’s what they see from top to bottom. You have to be very conscious of an accessory not being an accessory. It’s actually part of the garment. It just has to be seamless.” Christian adds, “Head to toe looks have such a greater impact when they’re styled correctly. And getting your work in front of a stylist like this is even more important than anything now.”