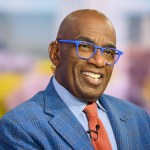 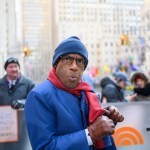 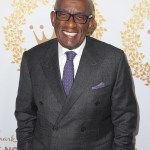 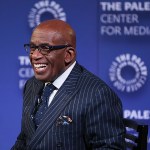 It’s hard not to already love Al Roker, 64, but the Today Show host may have just landed himself a few new fans. The internet is obsessed with his new eyeglasses which feature a bright blue hue, and they’re taking over the Twittersphere to say so. After Al shared multiple snapshots of the snazzy eyewear to social media, his comments were flooded with praise. “Best dressed weatherman on tv,” one person insisted after seeing his stylish new pair of specs from Dom Vetro.

The obsession with the spectacles didn’t stop there. “Looking so fresh!” another wrote. “He’s a “blues” man!! Love the glasses, of course anything looks great on our Al!!💙👓💙” one fan sweetly said. “You are getting hipper, younger, & stylish as you get older how? #OnlyAlRoker 😘#inspiration,” one even said. They have a point – these glasses are serving up some major style inspo!

The trendy new eyeglasses were most likely custom made for the anchor, as the brand’s site claims that “every pair is personal” and that they are each “handcrafted in Los Angeles.” While Al hasn’t said what made him opt for such a vivid periwinkle blue hue, it’s totally working for him. Even his co-hosts joined in on the fun. After an initial selfie, Al shared a photo with Savannah Guthrie, 47, to his page that showed her trying on the glasses. Somehow, they looked beyond perfect on her as well. “They look good on everyone!” one fan remarked. “Everyone wants to be JUST LIKE AL!” another joked.

Who knew a pair of glasses could garner so much love? Al is no stranger to mingling with celebrities on the Today Show but with his new glasses – he’s become the ultimate viral sensation himself.