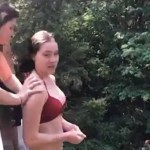 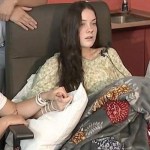 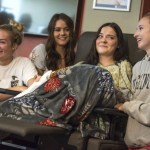 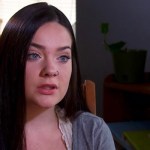 Taylor Smith could potentially go to jail after she pleaded guilty for pushing her friend off a bridge, a lawyer told HollywoodLife EXCLUSIVELY.

Taylor Smith, 19, pleaded guilty to pushing friend Jordan Holgerson, 16, off a bridge, which means that Taylor could face up to one year in jail and a $5,000 fine, Washington state criminal attorney Andrew C. Huff EXCLUSIVELY told HollywoodLife. However, although she could face that sentence, she might not. “Reckless endangerment is a gross misdemeanor, which is punishable by up to one year in jail and a maximum $5,000 fine,” Andrew explained. “In this case where you factor in the age of the defendant, the lack of criminal history, the nature of the offense, I would be surprised if she received any jail time. There are other sanctions and penalties a judge has at their disposal in lieu of jail including community service.”

Andrew explained further that “probation is a definite” for Taylor. “Anytime you plead guilty [which Taylor is], you’re going to be on probation. The standard amount of time [to be on probation] is two years. During that time, she would be under the jurisdiction of the court. There very well will be some fines to pay and she might have to take a classes.” He added that “this has likely been negotiated between the two parties.”

Beyond the criminal case, Andrew said that Jordan could file a civil suit against Taylor. He detailed that the suit “could include medical costs, lost wages, out-of-pocket costs, any potential incidental costs, [and] pain and suffering.” He concluded, “This is all subject to some discussion between the two parties if they can reach an agreement. If not, then Taylor could be subject to some civil action.”

Taylor pushed friend Jordan off a 60-foot bridge in Yacolt, Washington on Aug. 7, 2018, which was all captured on video. In the footage, Jordan is heard saying she doesn’t want to jump off the bridge, but Taylor proceeded to push her. Jordan suffered five broken ribs, an injured trachea, a bruised esophagus, air bubbles in her chest, and a punctured lung from the fall. After Jordan fell, she was taken to PeaceHealth SouthWest Washington Medical Center in Vancouver, Washington. Taylor reportedly apologized in a text to Jordan for pushing her, according to NBC News. Taylor’s sentencing is scheduled for March 27.