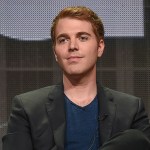 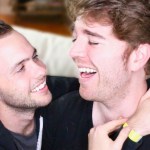 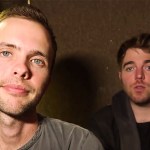 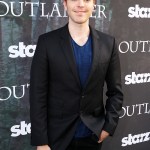 YouTube royalty Shane Dawson got down on one knee and asked his boyfriend of three years, Ryland Adams, to marry him. Shane chose a special day to pop the question.

The YouTube community is hearing wedding bells! Shane Dawson, 30, surprised his boyfriend of three years, Ryland Adams, 27, with a proposal, which the famous YouTuber revealed on Twitter and Instagram on March 19. “HE SAID YES!!!!!! :,))))))),” Shane captioned the proposal photos, which were snapped on a beach lookout point at night. After popping the question, the engaged couple posed for two selfies: Ryland, a famous Vlogger himself, flaunted his new ring, and kissed Shane in the second photo. Ryland took to his own Instagram to reveal the exciting news, along with a closer look at his diamond-studded band. “We’re engaged!! I can’t wait to spend the rest of my life with you❤️ I’ve never been happier in my whole entire life,” he wrote.

More Internet personalities quickly issued their congratulations. “CONGRATULATIONS OMFG,” makeup artist James Charles tweeted, and Grayson Dolan commented underneath Shane’s Instagram post, “This makes me so happy.” Emma Chamberlain, Jason Nash, Niki Demartino and more big names joined the YouTube party in the comments section, which makes us curious to see who will get on Shane and Ryland’s coveted wedding guest list! Shane has amassed a whopping number of YouTube subscribers — 21 million — while Ryland also has a massive following, with 3.9 million people subscribed to his channel. Ryland was also known as a news host on Clevver until leaving the outlet in 2017.

The timing of Shane’s proposal was no coincidence. He offered a diamond ring to Ryland on the same day of their three year anniversary! “Ryland, thank you for making the last 3 years the happiest time of my life. Thank you for sleeping next to me even though i sweat through the sheets. Thank you for making me smile and reminding me how loved I am in real life even when I’m being cancelled online,” Shane began in a lengthy Instagram message on March 19. The joke about being “cancelled online” came just two days after Shane apologized for bestiality jokes he had made in 2015, among other “offensive jokes, over the top stories, and insensitive jokes” (he reassured fans that he never performed sexual acts on his pet cat).

we’re engaged!! I can’t wait to spend the rest of my life with you❤️ I’ve never been happier in my whole entire life!!

Before Shane began dating Ryland in 2016, he was engaged to another YouTuber, Lisa Schwartz. They started dating in 2011, but ended their engagement in 2015, the same year that Shane came out as bisexual in an emotional YouTube video.