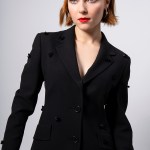 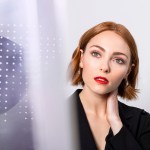 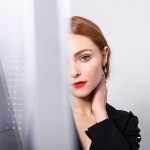 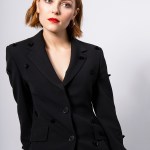 AnnaSophia Robb stars in Hulu’s new series ‘The Act.’ HL spoke EXCLUSIVELY with the actress about her character’s relationship with Gypsy and the show’s ‘humanistic approach’ to the tragic real-life story.

The Act made its highly-anticipated debut on March 20. The show, inspired by true events, follows the story of Gypsy Rose Blanchard and Dee Dee Blanchard. Gypsy grows up thinking she is totally dependent on her mother, Dee Dee, but she yearns to break free of her mother’s overprotective and dangerous grasp. Gypsy’s journey to independence and her discovery of shocking secrets leads to a jaw-dropping murder. AnnaSophia Robb plays Lacey, one of Gypsy and Dee Dee’s neighbors. Upon meeting Lacey, Gypsy longs for the normal life that Lacey lives.

“Lacey’s totally a foil to Gypsy,” AnnaSophia told HollywoodLife. “I think Mel [Lacey’s mother] and Lacey are foils to Gypsy and Dee Dee. I was always thinking about that. It’s like when Gypsy is wearing these very matronly, childish, large dresses, Lacey’s wearing the shortest shorts possible, a tank top, makeup and is very outgoing and very comfortable with herself and very comfortable speaking up to her mother.”

The show jumps back and forth in time over the span of 8 years. You’ll see the evolution of Gypsy and Dee Dee’s relationship and how it goes down a darker and darker path. AnnaSophia’s character also begins to see things she missed with Gypsy and Dee Dee. “I think part of her transition is realizing that she’s always in Gypsy’s world,” AnnaSophia continued. “I think Lacey’s much more a part of Gypsy’s world than Gypsy is a part of Lacey’s world, so she’s just sort of the neighbor girl. She’s really friendly, too. I think it would be like any of us, where you sort of take pity on somebody. I think she sees Gypsy as a person, but she doesn’t really see her. I think that’s part of the guilt that a lot of the neighbors felt. There were so many opportunities to have a real conversation with her, and it never happened. So that guilt and also that betrayal, where she thought she actually knew Gypsy and didn’t know her at all. They have a total filter on their relationship. That’s what I think makes it all the more shocking 8 years later when the murder happens, and Lacey is just completely shocked. I think Lacey thinks that she’s a really good person, but her entire perception of herself sort of comes crumbling down once she learns about Gypsy because she thought she was there for her, but she really wasn’t. She was just kind of doing her own ego a favor.”

Dee Dee reportedly suffered from Munchausen by proxy, a psychological disorder where a parent or caregiver makes up or causes an illness in a person under their care. Gypsy was told that she suffered from leukemia, brain damage, muscular dystrophy, and more. Gypsy eventually discovered that her mother had lied to her about her health for years. Gypsy and the boyfriend she met online, Nick Godejohn, conspired together and murdered Dee Dee in 2015. Gypsy pled guilty to second-degree murder and is currently serving a 10-year prison sentence. What happened to Gypsy Rose and Dee Dee is almost stranger than fiction, but The Act doesn’t sensationalize their complex and tragic story.

“I think our show does a really good job of taking a very humanistic approach. I don’t feel like it’s being salacious in any way,” AnnaSophia said. “It’s based on a true story and it’s really exploring what these characters were thinking and feeling, why they made the choices they did and exploring them as full human beings rather than just sort of cardboard cutouts trying to make an interesting story. Even with my character and Chloë Sevigny, who plays my mother, they have a complicated, dark relationship. But not nearly as much as Gypsy and Dee Dee, who appear to have this perfect mother-daughter relationship. Lacey and Mel’s is much more realistic. It’s much more explosive. It’s combative. It’s Lacey trying to establish herself as a young woman and being rebellious.” AnnaSophia hopes that by the time viewers finish the limited series, they’ll “crave more complicated stories like this and have more interest in their neighbors and consideration of Munchausen by proxy. We don’t know how many people are actually diagnosed with it. It’s very difficult to track, so hopefully, it raises awareness on that end.” The first two episodes of The Act are now available on Hulu. New episodes will be released every Wednesday.