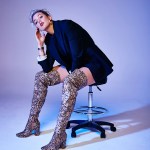 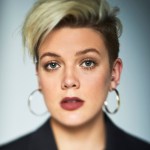 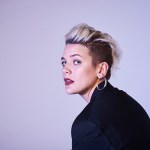 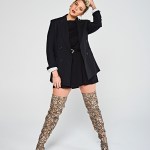 Betty Who is one to watch! The indie pop singer has been slaying stages across the country with Panic! at the Disco, but fans shouldn’t miss her own headlining tour this spring. She EXCLUSIVELY told us what to expect, & shared a ‘crazy’ career memory.

We’re just three months into 2019, and indie pop singer Betty Who, 27, is already having an all-star year. Since dropping her 2017 album, The Valley, it’s been the fast-track to success for the singer who has been opening up for Panic! At The Disco, and captivating fans with her newest release, Betty. With three albums now under her belt, the songstress has solidified herself a spot under the indie music spotlight. Her new 13-track record holds an infectious sound reminiscent of ‘80s pop, and there’s a reason fans fell head-over-heels in love with it. Betty, AKA Jessica Anne Newham, EXCLUSIVELY told HollywoodLife about making the pivotal record, what is was like to tour with Panic!’s frontman Brendon Urie, and the celebrity she says it would be an absolute “dream” to work with.

When chatting with Betty, it becomes immediately clear just how much she adores her fans. In fact, she has one distinct hope in mind for them when they take a listen to her new album. “What I hope the most is that my fans kind of understand how much I get them,” she tells us. “I feel like I have very similar music tastes to my fans…I feel like I am also such a consumer of music and I’m such a fan that when I make records that’s a huge part of the record-making process for me.” She goes on to explain that when it’s time to hit the recording studio, her fans are always there in spirit. “I think what I want my fans to take away from it is that I get them and that I am trying to music that makes them specifically happy. It’s not really just for me. I mean fundamentally the record is for me and I made it to my standards,  but at the end of the day, so much of what I did was because I feel like I really know my fans and what they want. I was so excited to make music that I thought they would be really genuinely interested and excited about,” she gushes.

Betty is slaying her pop music career all on her own, but the fierce songstress admits that there’s one musician she would absolutely love to team up with one day. “I love James Blake,” the singer says when asked about her dream collab. “I would love to make such a beautiful, sad song with him. I really want to make a very depressing, very dark song with James Blake. I think that would be amazing. That would very much fulfill me…teenage me would be so psyched about that.”

The singer recently wrapped her nationwide trek with Panic! and admits it was one for the books. “That was something that was so cool because Brendon Urie is such an entertainer,” she tells HollywoodLife. “He’s so … I love touring with people who are kind of dedicated to their craft in the way that they love being on stage. They are there for that. My dream would be to watch a Beyonce show every night. Betty also admits that while she’s a musician herself, the fangirl inside has never left. “I’m such a fan, I want to go watch the show.  I want to be on tours where I’m excited to go … I think I would also love to be on the Justin Timberlake tour because I think his stage performance is really impressive to me. I would love to see how it all works,” she adds.

It’s been a wild road for the musician since she got her start back in 2012, and Betty told us all about one of her craziest career memories to date. Naturally, it involved pop music superstar Ariana Grande. “So, Ariana was getting an award at the Women in Music event and they had me sing “Love Me Harder” for her which was really crazy and weird given that she is probably the best vocalist in pop music right now. I was like, ‘I don’t feel qualified!’ I was a baby too. My first record had just come out and I was so nervous because it was literally like the illuminati of pop sitting in front of me. Taylor Swift and Ariana were no more than ten feet and they were sitting together and they were looking right at me.”

With her uber dedicated fanbase, it’s only a matter of time before Betty joins the A-list herself. Following her national stint with Panic! she’s ready to hit the road on a headlining tour of her own. The BETTY: THE TOUR kicks off on May 7, and the singer is beyond thrilled. “I cannot wait to play these new songs live. You work on a song in the studio for months and then to finally be able to be on-stage and perform it and hear people sing it back to you. That first night on tour is always the craziest because you make songs and in my case, I make songs in my basement with my friends and they feel like my babies. It’s so personal and intimate and closed off from the rest of the world.”

Betty, the third full studio album from the singer-songwriter, is out now.