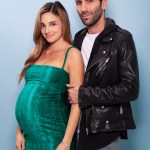 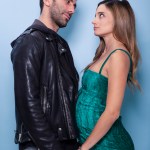 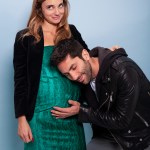 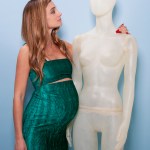 Nev Schulman & Laura Perlongo are back with season 3 of their ATTN:’s Facebook Watch show & spoke to HollywoodLife about returning to the screen together after baby #2!

Just three weeks after welcoming their second child, Beau Bobby Bruce Schulman, in January, Laura Perlongo and Nev Schulman returned to set to film the third season of their ATTN:’s Facebook Watch series, We Need To Talk. “We had the baby on set with us. I was running to the trailer to breastfeed every two to three hours, so that was interesting,” Laura admitted in an EXCLUSIVE interview with HollywoodLife. “I was also still dealing with the postpartum hormones, do some of the questions would get posed and I’d get emotional and start crying. I still definitely have like the post pregnancy bloat in the entire thing, which is kind of charming, really!”

Laura and Nev both revealed that they’ve loved adding Baby Beau to their family, which also includes Cleo James, 2, but it definitely came with some changes. “I think having a second kid, you’re significantly better at handling a child when you have your second, but your older child obviously is now requiring new attention and your resources are obviously split, so it does take more energy and time,” the Catfish host revealed. “If I could say anything about the biggest change is that it’s hard for Nev and I to have our own individual relationship,” Laura added. “When you have one kid, it’s easier to find childcare or the older ones are already going to school. So, we had more one on one time. You really do have to carve out that time for you as a couple, and it is more challenging to do that with two.”

“When you have kids, but especially young kids, your days are pretty much consumed by family tasks and obligations — getting our daughter ready to go to school, coming back from school, then taking care of everything in between, picking her up again, and then dinner, and then bed time. By the time the day is over you’re so exhausted, you barely have a chance to look at each other and just say hello,” Nev continued. “So filming the show was a nice thing for us because even though obviously our newborn was with us, it was a chance for us to kind of exist with each other in a new environment with different people without all the responsibilities of the sort of everyday routine.” He added, “I just love working with Laura, too!”

In the hit show, Laura and Nev examine tough relationship problems and take fan questions while each providing their own perspective on the situation. “We’re pretty open and love the challenge of getting into any particularity or obscure relationship issues that might come up,” Nev revealed. “We’re also really careful of not overstepping our expertise.” Laura added, “The show resonates with so many people is because we don’t give one answer. We give 10 options.”

You can tune into We Need To Talk on ATTN:’s Facebook Watch for the fun-filled and quick episodes! Episode 1 is currently available.