When Nev Schulman‘s Catfish co-host Max Joseph announced he was leaving the show, fans freaked that the beloved documentary-turned-TV show would be going off the air, too. But, Nev, with the help and support of his wife Laura Perlongo, didn’t let that happen, and they credit the show’s overwhelming success to “love.” So why exactly are people obsessed with seeing others discover that the person they thought they loved, isn’t actually that person? “I think that people deeply want to have an emotional connection with someone. I think, on the one hand, the hopeful, the person that is being ‘catfished,’ really wants to have an emotional connection to someone, and is willing to suspend reality a bit in order to find love, and have love, and have someone message them every day and tell them they love them,” Laura explained of the phenomenon. “And then, I think that, on the side of the catfish, it’s nice. It’s about love. It’s about people wanting to connect.”

Nev went on to explain that there are many “variations of both the catfish and the hopeful.” “I do find, especially since we tend to feature people on the show who are younger, that a lot of the catfish originate from a need, to discover or explore or express one’s self in a way they may not feel comfortable doing in real life,” the filmmaker said. “So, in a lot of cases, young people who are gay, who live in a place or a community that they don’t necessarily feel safe or comfortable expressing that, or interacting with people. And so, they create a profile and a personality of someone of the opposite sex so they can interact with the sex they want to interact with and do it sort of privately and secretly, and in a way that no one would ever detect.” He revealed that the intentions of the “catfisher” aren’t necessarily malicious and manipulative. “These people are looking for love, and do have good intentions, but don’t necessarily anticipate that the relationship is going to actually progress to a meaningful place, and then they’re going to have this problem,” he explained. 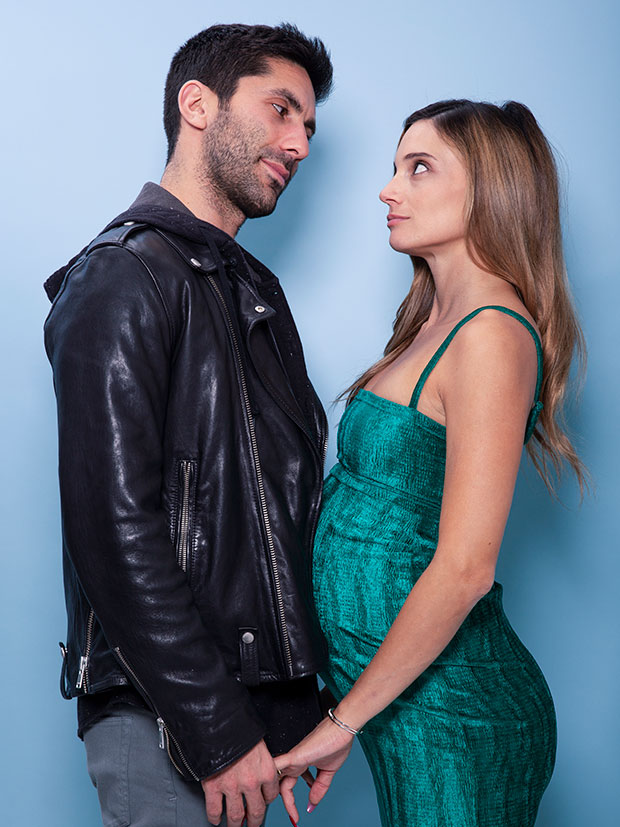 Over 150 episodes later, Nev credits the continued success to the hot topic of dating culture. “It’s just as relevant as it was then, now,” he said, especially with the growth of dating apps, Nev has a huge clientele that it even larger than what he started with in 2012! Listen to the full HollywoodLife podcast here! A new season of Catfish has started on MTV, and you can watch new episodes on Wednesdays at 9 PM on MTV. Also, tune in to Laura and Nev’s Facebook Watch show, We Need To Talk!