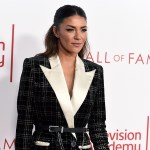 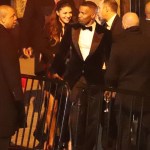 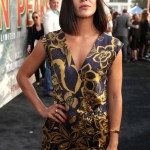 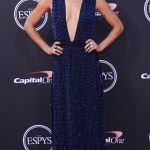 Despite looking super friendly with newly single Jamie Foxx at an Oscars party, Jessica Szhor tells us she’s absolutely wild about a boyfriend she’s been dating secretly for ‘months’ now.

Even though Jessica Szohr, 33, and newly single Jamie Foxx, 51, looked all kinds of friendly outside of Beyonce and JAY-Z‘s post-Oscars bash on Feb. 24, she tells  us EXCLUSIVELY that she has had a boyfriend “for months” now who she is absolutely crazy about. We caught up with the former Gossip Girl star at Mammoth Film Festival over the weekend of Feb. 8 and she was totally gushing over her beau, though she wouldn’t give up his name. “I also have a boyfriend, and I just recently was like, ‘Do you want to follow me on my private (Instagram)?’ And he’s like, ‘You have a private Instagram?’ I was like, ‘Yeah,’ and he’s like, ‘We’ve been together for months. How did I not know about this?'” she revea lsEXCLUSIVELY to HollywoodLife.com. How crafty! This way her man gets to see her private pics without the rest of the world catching on about his identity.

While Jessica wants to keep their relationship private for now, she did tell us that they met at a concert and that “I’m pretty lucky. He’s rad.” So it looks like her Oscar partying with Jamie was nothing more than two good pals hanging out. They’re co-stars in the upcoming film All Star Weekend that Jamie also wrote and directed, so it’s no wonder the two were happy to reconnect.

What got tongues wagging was that just a few hours prior at TV producer Byron Allen‘s annual Oscars after-party, Jamie revealed he was single, according to a party attendee. “Right before he sang, he told the crowd he’s single,” an eyewitness told HollywoodLife EXCLUSIVELY. “He had a lot of women on stage and danced with them! He told the crowd, ‘I’m single.’” So that means his five plus year romance with Katie Holmes appears to be kaput. They were last spotted together in Miami over the 2019 New Year’s holiday, putting on plenty of PDA and making out on a yacht.

Jessica tells us that she prefers to keep her relationships on the down low, just as she did when she dated Gossip Girl co-star Ed Westwick on and off from 2008-2012. “I’m just a private person. Even when I was with Ed on Gossip Girl, you didn’t really see or hear what we were doing. And it’s not because there’s anything to hide,” Jessica reveals. “There’s just a space of like…when you are home with your life, you want your space with that person. And it’s totally fine if people want to share their things. There’s no right or wrong to any of it. But I like my privacy. And I’ll share certain things, but I don’t need everyone to know who I’m dating the whole time and everything. You know?” Well, whoever the mystery man is, he seems to make Jessica really happy so we can’t wait to find out who the lucky guy is.