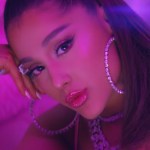 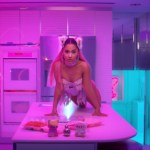 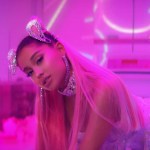 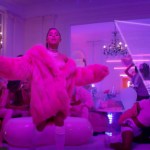 No one was expecting Ariana Grande to show up to ‘The Late Late Show’ on Feb. 19. After surprising the TNT Boys with a performance, Ari revealed her personal life is ‘non-existent’ after her recent breakup drama!

Ariana Grande, 25, is having a really good week. Not only is her new album, thank u, next, the #1 album in the country, she is the first artist since The Beatles to have songs in the top three spots of the Billboard Hot 100 charts. Despite all that’s going on, she stopped by The Late Late Show with James Corden on Feb. 19 and admitted she’s not all that busy! “I was so excited that you asked me to do this today cause usually I don’t have anything to do than just make songs and just rehearse and that’s it. My personal life is still non-existent so I was excited to come here,” Ariana told James.

Its’s probably a good thing that Ariana’s personal life is taking a breather after the past few months he’s had. Ariana and SNL star Pete Davidson, 25, called off their engagement and broke up in Oct. 2018 after a roller coaster relationship. She revealed in a recent interview that her romance with Pete was all over the place. “In my relationship at the time, things were like up and down, and on and off,” Ariana said on The Zach Sang Show. Ariana tweeted on Jan. 1 that she isn’t planning on dating anyone “for the rest of the year.”

During her Late Late Show appearance, Ariana gave the TNT Boys, the boy band currently competing on The World’s Best, the surprise of their lives when she hit the stage with them during their performance of “And I Am Telling You I’m Not Going” from Dreamgirls. The boys nearly cried when Ariana started singing with them. At the end of the performance, Ariana bowed down to the TNT Boys. That’s how impressed she was with their voices! Isn’t Ari the best?!