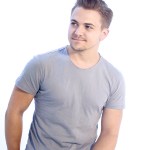 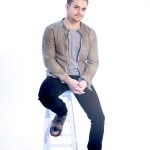 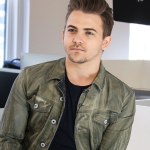 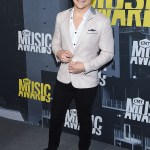 The music video for Hunter Hayes’ newest single, ‘Heartbreak,’ is finally here, and we caught up with the singer EXCLUSIVELY for scoop on the song, his upcoming album and much more!

Hunter Hayes‘ latest single, “Heartbreak,” is all about looking forward to a new love after going through a breakup, and that message of hope will transcend throughout his upcoming album, which is expected to drop sometime this year. “It’s all about growth, mystery and optimism,” Hunter told HollywoodLife EXCLUSIVELY. “I think that sums up the album in a lot of ways, even though there are some sad songs on it. it’s all an optimistic point of view for the most part, and the goal, even with the darker songs, is meant to be optimistic. I think that’s kind of been my spirit as I went through this past chapter and wrote about it and put it into song.

“Heartbreak” came together while Hunter was taking a “personal trip” and doing a lot of journaling, but he didn’t complete it until he was back home and working with his co-writer. “I think the spirit of this song is basically saying…I have no idea what you’re going to be like, I just know that I’m going to know [when I find you],” he explained, regarding the subject of the song. “The mystery of that is really beautiful and slightly scary because I don’t want to miss it, but I don’t think I will. I think that’s something I’ve tried to work to embrace lately  — the letting go of things I think I have on my list. Some of them might show up in this person, and it might be everything I think it’s supposed to be, but it also might be everything else…and I want to stay open to that.”

As for the song’s music video, Hunter left things mostly up to the director, Colin. “I told him…this is what I feel like: A combination of Groundhog Day and Edge of Tomorrow,” Hunter said. “It’s a lot of repeating history. It’s got to be humorous — the fact that you just keep getting swiped off the page and you just keep showing up again and coming back for more. I feel like that’s how I feel about it, even though a lot of it sucks and a lot of it hurts.” You can check out the full video above!

This spring, Hunter will promote his new music on the Closer to You tour, which kicks off in mid-April. “It feels like my first tour!” he admitted. “It just matters so much and I think that’s because the music matters so much. I’ve been playing a lot of older music and older styles [lately] just because we never really had a chance to really rehearse the show and we didn’t have a proper tour planned where we can do what we can do now. This is a lot of new energy and a lot of fire that my guys are bringing in and I’ve got a fire in my heart about the music.”