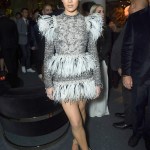 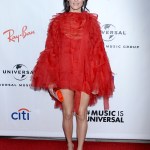 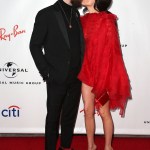 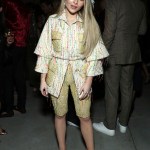 Awkward, much? Hailee Steinfeld and Niall Horan attended the same Grammys after-party, just two months after breaking up! Did they run into each other?

A recipe for disaster! Exes Hailee Steinfeld and Niall Horan‘s paths crossed at the 2019 Grammy Awards when they attended the same after-party. Both Niall and Hailee showed up to The Row in Los Angeles on February 10 for the Universal Music party and walked the red carpet, and narrowly missed one another! The party itself is another story. Hailee and Niall weren’t photographed together, but something could have always happened off camera!

If they did see each other, we’re sure that the interaction was cordial, even if it was a little awkward. Hailee and Niall broke up in December 2018 after 10 months of dating, reportedly due to their busy schedules. Both, of course, are in-demand pop stars. On top of that, Hailee was set to embark on a jam-packed press tour for Bumblebee. “Hailee and Niall were going strong over the summer but split a few months ago and have been trying to keep it low-key,” a source told Cosmo at the time.

“Hailee realized she had a lot on her plate and her work schedule was insanely busy,” the source said. “They really tried to make it work. It definitely was ‘young love.'” Hailee and Niall never publicly confirmed their relationship, but they were spotted sharing PDA many times. HollywoodLife learned EXCLUSIVELY that Niall wanted to make it official if they could. “Niall is completely captivated by Hailee,” the source told us in summer 2018. “Niall is a relationship guy and wants to pursue that with Hailee exclusively — he’s a total puppy dog for her.” We can only hoped that if they saw each other, that spark would be rekindled!