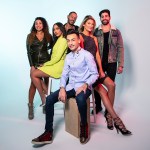 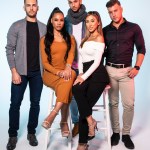 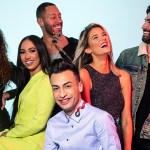 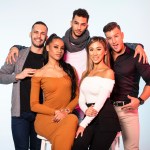 ‘The Challenge’ star, Kailah Casillas, arrives as a new VIP host on ‘Lindsay Lohan’s Beach Club’ this week, and we caught up with her for EXCLUSIVE scoop on what it was like to work for Lindsay and much more!

Kailah Casillas is coming to shake things up on the Feb. 4 episode of Lindsay Lohan’s Beach Club! She arrives as a new ambassador, along with Kyle Marve, and isn’t afraid to bring some drama. “I think if anyone’s watched The Challenge, they know I’m never really going to go in with my head down,” Kailah admitted to HollywoodLife EXCLUSIVELY. “In the back of my head, of course I’m thinking…whatever I can stir up, I’m probably going to. I think you see a little bit of that in my first episode — that I start sticking my nose in other people’s business just because it’s fun and I enjoy stirring the pot a little.”

It seems that doesn’t just go for fellow VIP hosts, either, as Kailah teased we might even see some tension between her and boss lady, Lindsay Lohan, as the season continues. “Growing up in the industry and working from 16 years old as a waitress, all the way up until now, I’ve done every different little part of working in a restaurant or bar and had a lot of different kinds of people and bosses to work with,” Kailah explained. “And Lindsay…I wouldn’t say she’s at the top for me. She doesn’t really run things the way I think she should and she’s very wishy-washy when it comes to employees. Nothing is cut and dry, and that’s something that made her really hard to work with.”

Of course, Kailah couldn’t go into too much detail about what’s to come between her and Lindsay, but she did add, “Just know that I’m not really one to keep my mouth shut. With me, people are people. If you are somebody who is equal to me, I’m going to treat you the exact same as somebody who is a celebrity. So if Lindsay wants to treat me a certain way, then I’m going to dish it right back.”

At the end of the day, regardless of what happened with Lindsay and the rest of the cast, Kailah will look back on the memories she made during her time on Lohan Beach Club fondly. “Anything I do with MTV or anything that’s out of my comfort zone — which Lohan Beach Club is — it’s always going to be a life experience where I walk away and think it’s cool, whether it’s exactly what I planned on it being or not,” she said. “It’s life and I gained that really cool experience with meeting new people and seeing new places. I think that’s the best part of doing these types of things.”