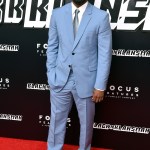 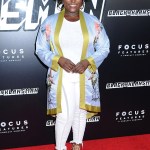 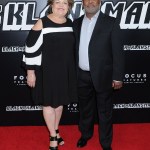 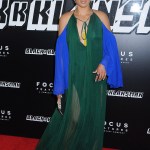 Spike Lee‘s BlacKkKlansman has seen several nominations throughout awards season, and we’re expecting it to have major luck at the Academy Awards as well, specifically in the Best Makeup and Hairstyling category! The movie’s hair department head LaWanda Pierre-Weston and make-up department head Martha Melendez spoke to HollywoodLife.com in an EXCLUSIVE interview about how they accurately depicted the ’70s style in the BlacKkKlansman, and why it is so important to have on-point hair and make-up. “Every facet of a film is important. The writers, the director, the cinematographer, the costume designers, the production designers and hair and makeup. Not one component can be off or it will set the tone of the film off,” Martha explained. “So, for instance, if hair is not tuned to 1970s and it’s done in today’s period, or any other decade, it’s going to set the tone off.” “It’s very important for the authenticity of the film, for the look to be on point and look as genuine as possible,” LaWanda added.

When it came to make-up for the cast, which is lead by the incredible J.D. Washington and Adam Driver, Martha used Nars and Armani liquid blushes to give cheeks a natural color, and revealed that Dr. Hauschka Lip Balm was a favorite for lip moisturizing. LaWanda beautifully recreated the popular 1970s afro and reproduced the look with Shea Moisture and Living Proof products. “I looked at a lot of images online. Old Ebony magazines, some Soul Train episodes,” LaWanda said of searching for inspiration. “I researched yearbooks from the time, police officers from Colorado in the seventies, and I talked to my mother who was around in the seventies. And then we started to prepare, physically, some wigs and pieces that would go with specific actors.”

Martha, similarly, did deep research online and “looked for articles from the 1970s with pictures of real-life events.” “I actually also called Ron and he helped me to learn a little bit more as far as the tone of the police station. At that time period when he was working,” Martha revealed.

Oscar nominations will be announced on Jan. 22 and we have our fingers crossed for LaWanda Peirre-Wester and Martha Melendez from BlacKkKlansman!