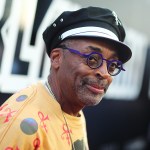 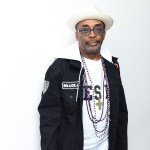 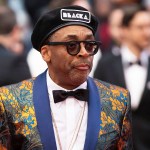 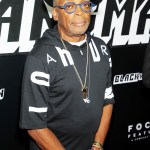 Ahead of the release of his game-changing new film ‘BlackKklansman,’ Spike Lee is urging all Americans to hit the polls this fall to vote in the midterm elections.

Spike Lee doesn’t have to say much about his feelings on the current state of politics — his art speaks for itself, and it’s clear he isn’t thrilled. But, when asked why the upcoming midterm elections are so important, Spike gave a response that will have you fired up and ready for Nov. 6, 2018. “These people in the White House now… that’s the perfect example for why to vote,” he told HollywoodLife.com exclusively at the NYC premiere of his film BlackKklansman on Jul. 30. “I think we got just too complacent with the eight years of [Barack] Obama.”

Spike’s new film, which hits theaters nationwide on Aug. 10, follows the true story of Ron Stallworth, the first African-American detective to serve in the Colorado Springs Police Department in the 1970s. To prove himself, to his peers, Ron decided to make it his mission to infiltrate and expose the Ku Klux Klan, and with his colleague, Flip Zimmerman, the two go on a dangerous and thrilling undercover operation. Ron Stallworth, himself, admitted to HollywoodLife.com that the language he heard David Duke, when he spoke to him decades ago, use is eerily similar to that of Donald Trump‘s, today. “The parallel is that the things that David Duke was talking to me about are still relevant today. He was doing things, the same things that Donald Trump just said and did during the recent presidential campaign,” he said in our exclusive interview. “I was not surprised like a lot of Americans were, with what Trump was saying because I had heard it 40 years earlier. That’s what’s scary.”

Ron added, “We should be ashamed of ourselves for allowing this to have happened.” The only way to permanently fix this situation is by casting your vote in the 2018 midterm elections and in the 2020 presidential election. You can register to vote right here at HollywoodLife.com in the Rock The Vote module below!

Spike Lee is a renowned director, writer, producer and actor. He has most recently brought his 1986 film She’s Gotta Have It to Netflix in the form of an updated TV series. Then, his latest film BlacKkKlansman has already won the Grand Prix at Cannes Film Festival in May, ahead of its release on Fri, Aug. 10.