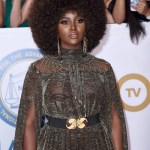 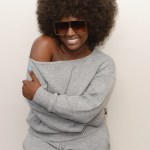 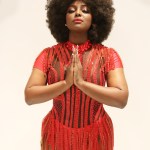 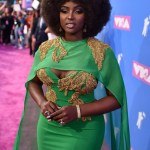 ‘Love & Hip Hop: Miami’ season 2 premiered on Jan. 2 and Amara La Negra is EXCLUSIVELY dishing on all the drama fans can expect!

Love & Hip Hop: Miami kicked off its second season on Jan. 2 and, according to Amara La Negra, 28, who EXCLUSIVELY spoke with HollywoodLife, things are going to heat up! “Fans can expect a lot of energy and a lot of drama, betrayals, and a little bit of everything. The city has a lot of energy and it’s very colorful, but it can be very shady as well,” the Miami native revealed. And along with the shade comes the loss of a friend, and it appears to be over rumors and a man. When asked to spill the tea on specifics about what she can dish, the singer explained, “I can only speak for my scenes because I don’t film with every single other person, because everybody has their own different life story. But in my case I definitely lost a friend. I don’t want [sic] her bad or anything, it’s just that things didn’t work out.”

Fans seem to have taken Amara’s side after a huge blowout with Jessie Woo on the Jan. 9 episode of the hit VH1 reality show. Jessie and her boyfriend were at an event when Amara allegedly caught him alone and asked if he had ever cheated on Jessie with another woman. “Apparently, so they say, people are trying to take other people’s men,” Amara told HollywoodLife. “But the way I live my life I wouldn’t even have time to take anybody’s man, not to mention that I can get my own.” As far as being on the show, Amara says she sometimes has mixed feelings. “Of course, anytime that there’s drama or there’s fighting. I haven’t necessarily felt a time that I’ve regretted being on the show, but I’ve had uncomfortable situations and moments,” she said. “But it comes with the territory. You kind of know what you’re getting yourself into when you sign yourself up for these reality and TV shows.”

However, it hasn’t been all bad when it comes to her friendships on the show. “I’ve become really good friends with Shay Johnson, I get along with Prince (Michael Harty), and that’s as much as I can say as of right now. If you want to know more I guess you’ll have to check out the new season of Love & Hip Hop Miami.” And while she sees L&HH as a “platform,” Amara explained, “I would never do anything forever, except loving my marriage, and children and family, and my career, I guess. I’ve always known that Love & Hip Hop was just a platform for me. I’ll do it as long as I feel comfortable with it, and as long as I feel it’s right, and whenever I’m prepared to leave, I’ll leave. I know that my fan base has mixed feelings about it, but only I know when I think it’s the right time to say.”

It was also announced on Dec. 17 that Amara has partnered up with Skyy Vodka as part of its “Proudly American” campaign. Amara’s been very vocal about female empowerment and diversity, which are also themes of her upcoming album, and SKYY is excited to share these messages and support her voice as she inspires others to be true to themselves. Speaking of her new collaboration, she explained, “I really like their concept. I think they’re trying to promote a positive concept of equality and unity and I’m all for it.”

Amara also recently published a children’s book called, “Amarita’s Way“. “I wanted to do something that inspired and motivated little girls. I wanted them to know that they’re beautiful and perfect just the way they are. I wanted them to embrace their skin color and the texture of their hair, and to just love themselves. So I wrote this book and it has three chapters. One is called ‘Self Love,’ one is called ‘Mommy and Me,’ which is a tribute to the relationship you should have with your mother, and the other one is called ‘Never Give Up’. That one is about being goal-oriented and never giving up on your dreams. ‘Amarita’s Way’ is available at Barnes & Noble, and on Amazon.com in Spanish and in English and I’m currently working on the French version.”