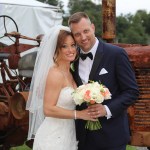 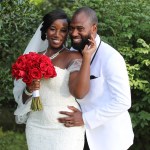 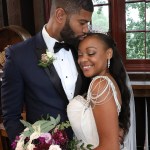 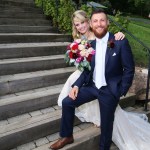 Luke expected a stranger to walk down the aisle on his wedding day — but he’d actually met his wife before! The reality star opened up to HL EXCLUSIVELY about what was running through his mind.

Luke Cuccurullo, 30, and Kate Sisk, 27, may star in this season of Married at First Sight, but they had actually met before their wedding day. Turns out, Kate had showed up to one of Luke’s speed dating events with a friend — and although it took her awhile to remember who he was, the groom recognized his bride as soon as she started walking down the aisle. “I was shocked,” he told Hollywoodlife.com EXCLUSIVELY. “I mean, Philly is a little big city, so it wasn’t out of the realm of possibility. For the week before the wedding, I was eyeing everyone at the gym like, does that person have a secret? Could they be my future wife?” LOL!
Little did he know, the woman he’d emailed about another speed dating event two days before his wedding was actually his bride! So was the reality star bummed that he and Kate missed their shot the first time they met? Not in the slightest! “I was working, and I don’t mix work and personal,” he said. “I believe the timing was when it was supposed to be.” It’s wild that everything fell into place that way, right? But they weren’t the only couple with a weird coincidence. Recall Jason McGriff, 29, and Will Guess, 37, had both graduated from the same college years apart! Such a small world.
But marrying a stranger, even if you’ve met them once, definitely comes with bumps in the road. Not only did Luke admit at his bachelor party that he was unsure about whether he should kiss his wife at the altar, but he didn’t plant one on her at dinner when both of their families started clanging their glasses. “I didn’t want her to feel persuaded to kiss me because of outside influences,” he admitted. “I never want anyone to be uncomfortable in that type of situation.”
That was why Luke kissed Kate’s cheek during their wedding day photo shoot and shied away from PDA. He was clearly taking things slow with her until he got a better idea of where she stood. But he showed his affection in another way — his sweet first gift to her!
“I got Kate earrings made from seashells from the beach that I grew up at,” he said. “It was my way of letting her know that the beach is very important to me and she would always be able to wear something that represents how I grew up.”

We can’t wait to see these two progress over this season of Married at First Sight. The Lifetime show airs on Tuesdays at 8:00.