Mom of two, Christina El Moussa’s, bikini body is on POINT! The HGTV star spent quite a bit of time in her bathing suit while vacationing with new husband, Ant Anstead, in Bora Bora this week, and shared several pics and videos on social media of her toned figure. Both newlyweds posted pics to their pages and Stories, including shots of them posing by the water, paddle boarding and more. In one pic, their beach bods are on full display as they smile in front of the glistening ocean, and it looks like they had the BEST time.

Christina and Ant got secretly married on Dec. 22, and put off their honeymoon for a bit to celebrate the holidays with their families. However, they kicked off 2019 by jetting off to Bora Bora to celebrate their love, and it certainly seems like it was an excellent start to the year. “Bora Bora you have been a blast!” Ant wrote on Instagram. “Soaking up a few last minute cocktails! Thank onto Tahiti for a sleepover before heading home! Fully relaxed. Fully recharged.” Christina posted to her Instagram Story late on Jan. 9 that the two had arrived home safely.

Christina has two kids, Taylor, 8, and Brayden, 3, with her ex, Tarek El Moussa, who she hosts the hit show, Flip or Flop, with. Meanwhile, Ant also came into the marriage with two children of his own, aged 15 and 12. Although Christina and Tarek split in 2016, they remain amicable as co-parents, and continue to work together on Flip or Flop which is expected to return with new episodes this spring. 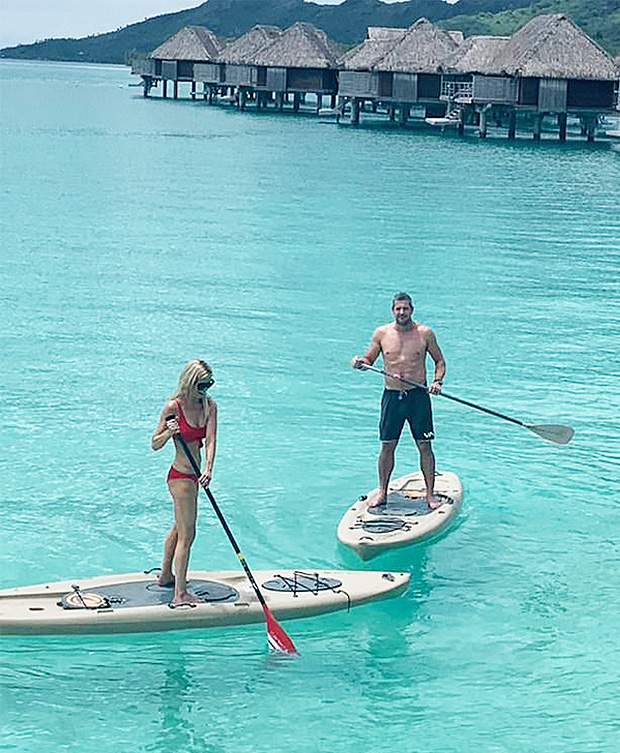 After her split from Tarek, Christina started dating Doug Spedding in 2017, but the romance was short-lived. By the end of 2017, she was dating Ant, although they didn’t go public with their relationship until Jan. 2018.