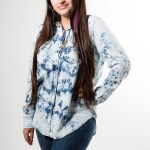 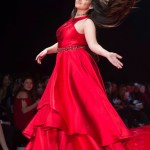 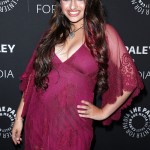 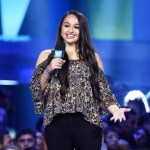 With the new season of ‘I Am Jazz’ giving a look at Jazz Jennings’ gender confirmation surgery, it also gives hope & guidance to those struggling with their sexuality in the midst of the excluding Trump administration.

Jazz Jennings is a hero to so many people, both in the LGBTQ community and not. The reality star and activist spoke to HollywoodLife on our podcast about being a beam of light and change for LGBTQ people during the Trump administration, which has attempted to take away the rights and freedoms of many in the community. “I think people are more fearful because the administration is not protective. It feels like if you come out, that you’re gonna be shunned by everyone in society and that it’s not going to be okay,” Jazz said in an EXCLUSIVE interview with HollywoodLife.com. “I want them to know that is okay, regardless of the current administration, it doesn’t matter. You still have to remain authentic to who you are, and there are people out there who are good, who will accept you and embrace you.”

The 18-year-old, who underwent gender confirmation surgery in July, continued, “I think people are afraid of what they don’t know or understand, and there are just so many misconceptions when it comes to being transgender, specifically. People really don’t understand it and they don’t take the time to understand it, but they have to realize that we’re human beings as well, we’re part of this collective society of people just trying to be ourselves and live our lives as who we are.” As president, Donald Trump has tried to enact a Transgender Ban to restrict the military service of transgender people, and rescinded the federal rule that allowed transgender people to use bathrooms consistent with their gender identity.

Jazz, herself, has faced discrimination as a transgender, when it came to using restrooms in her elementary school. “For a couple of years, I was told to use the nurses’ bathroom because they didn’t want me using the girl’s restroom, and when I was in second grade, little devil me, snuck into the bathroom, and I got in trouble. The school librarian, she reprimanded me and told me that I wasn’t allowed to do that,” she explained. “It was really the first time that I realized that people didn’t understand what it means to be transgender, and that I was gonna receive hate and discrimination in this way, and it was hard for me because I didn’t know why I was being treated differently, I just wanted to use the bathroom.”

However, the I Am Jazz star remains hopeful and optimistic. “It’s crazy, but it’s the way the world is. However, we’re gonna change it,” she promised. You can tune in to the new season of I Am Jazz on Tuesdays at 10 PM ET on TLC! Listen to the full HollywoodLife podcast, here!