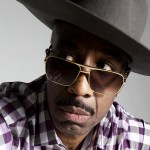 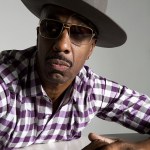 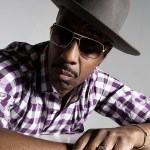 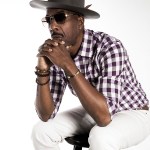 Don’t worry, ‘Curb Your Enthusiasm’ fans! We won’t have to wait another five years for the next season, as J.B. Smoove confirmed the gang is already back together shooting!

J.B. Smoove is ready to make us belly laugh once more as Leon in Curb Your Enthusiasm, and luckily we won’t have to wait another five years for it! The funny guy sat down for an EXCLUSIVE interview with HollywoodLife.com to discuss his work with Crown Royal’s Purple Bag Project around the holidays and, of course, dish on the highly-anticipated season 10 of Curb! “We’ve been working for four weeks now, and I’ll tell you something, Leon is in full effect,” J.B. warned. “Full effect, man. And we’re having a great time shooting already. We were actually shooting before we took off. We’re off right now for the holidays, for the holiday break. We go back January 3, and we’ll be shooting till March. So I’m looking forward to an amazing season and the whole gang’s back, and we’re having a ball already, and it will not be five years, I promise you. More likely this year sometime.” Oooooh, yeah!

While in the iconic show Leon is a permanent house guest at Larry David‘s, J.B. revealed that he and Larry wouldn’t make the best roommates in real life. “I love him, I don’t know if I could do it. His little nuances are too much,” he laughed. “But, I think it would be funny to shoot it and see it live, as opposed to  our characters. But, in real life? I don’t know if we could take each other in real life. Larry has his nuances, and TV Larry has his little nuances that drive you crazy. They’re not that different.”

J.B. visited HollywoodLife in partnership with Crown Royal, for which he participated in the incredible Purple Bag Project. “It’s an amazing way of giving back to our first responders and our active military overseas, and also people who have been affected by natural disasters,” he explained. “They should know that we appreciate them and they’re over there, they’re away from their families. This is a great way of giving back to them. We pack a bag full of amazing things from the states, like Slim Jims and Peanut Butter, and help keep them going until they come back.” J.B. added, “I’m the second responder to the first responders. They do so much.”