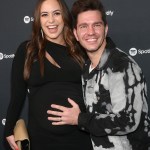 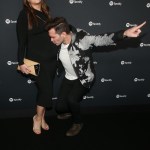 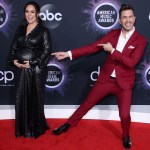 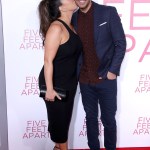 Andy Grammer sang his heart out on stage to give his rendition of the National Anthem at the College Football Playoff National Championship on Jan. 7 but not everyone enjoyed it and some harsh tweets followed.

Andy Grammer, 35, sang a powerful rendition of the National Anthem at the start of the College Football Playoff National Championship between the Clemson Tigers and Alabama Crimson Tide on Jan. 7 but there were some viewers who didn’t approve! The singer got some serious backlash on Twitter after the performance due to the way he sang the lyrics, and it’s definitely quite a contrast to the cheering crowd he encountered in-person.

“This national championship will go down as the bad music #NationalChampionship since we had Andy Grammer’s trainwreck anthem and Imagine Dragons are doing the halftime show and they are basically a 2010s version of Nickelback,” one Twitter user posted after Andy’s performance aired live on television. “Gave poof through the night” –@andygrammer #NationalChampionship #thepoofisinthepudding,” another user tweeted indicating the word “proof” in the lyrics sounded like “poof”. “@andygrammer don’t ever sing the national anthem. Ever,” a different user wrote.

Although he clearly didn’t win some people over with his latest performance, there have been other sports-related performances where Andy received a great response. One of those was back in 2016 when he rocked the halftime show at the NFL Thanksgiving game  by singing a medley of his songs “Good To Be Alive” and “Honey, I’m Good”. It left his fans wanting more and proved that he’s earned the success he has as singer.

In addition to Andy’s National Anthem performance at the CFP National Championship, Imagine Dragons took the stage for the halftime show. Andy has yet to respond to the criticism.