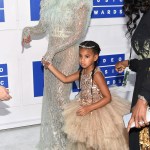 Just because Beyonce and Jay-Z are stars doesn’t mean that their kids have to be in the spotlight all the time! In fact, the mother of three works hard for her kids’ privacy, a source says. Here’s why!

Beyonce, 37, and Jay-Z, 49, want the very best for their kids! That’s why the mother of three has taken great effort to make sure that Blue Ivy, 6, and twins Sir and Rumi, 1, grow up away from the public eye as much as possible. “Beyonce and Jay-Z are very private people, but Beyonce is the one who likes to be more private,” a source close to the couple told Hollywoodlife.com EXCLUSIVELY. “Even when attending public family functions, she always finds a way to sneak in unnoticed. She tries her best to keep life as normal for her children. She was instrumental in choosing schools for Blue to attend and made sure to choose the most private school she could find so that Blue could just be a normal child in preschool like all children her age.”

Not only does she keeps things regular for her kids, but the “Top Off” singer reportedly gets her own daily dose of normalcy as well. “Beyonce does drop off and pick-up like all the other parents and doesn’t miss a school function,” the insider added. “She knows how much the public is interested in her life, so it’s no surprise she shows little glimpses here and there, but don’t expect to see much more. She does the same with her own social media where she’ll post a bunch and then disappear for awhile. She knows how to give her fans what they want but also keep her life to herself.”

That’s exactly what Beyonce did when the mother of three posted a 2018 photo roundup to Instagram on Jan. 2. “Wishing you a beautiful 2019,” she captioned the slideshow. And while her kids were featured in plenty of pics, giving fans a rare glimpse of Queen B’s twins, the shots moved very quickly and mostly focused on her and her husband instead.

As Sir and Rumi continue to grow up, the singer is reportedly planning to keep her privacy tactics the same as the first time around. “Expect the same kind of upbringing and life for the twins as Blue when it comes to privacy, being involved and being a mom,” the source said. “Beyonce won’t change a thing about how they will be raised. You always learn things to do or not to do with your second baby, but her kids’ privacy and raising them normal is something very important to her, no matter which child it is. She wants the best for all of her children.”

Hollywoodlife.com has reached out to Beyonce’s rep for comment.