Bebe Rexha has put a football player on blast for hitting on her, especially since he’s allegedly married with three kids. We’ve got the text exchange she shared with fans.

Bebe Rexha is showing fans how one particular relationship with a man is not meant to be….because he’s a cheater! The 29-year-old singer showed off in a series of Instagram stories on Dec. 28 that she has an admirer, but wants absolutely nothing to do with his affections. Even though he’s supposedly a football star, he’s also allegedly a married father of three. “Do you ever have that one guy that always comes in and out of your life,” she wrote on Instagram Stories then posted “And they are cheaters and waste your time.”

Luckily for Mr. Wanna-Be Cheater, Bebe didn’t disclose his name but she did hint at a city. She posted a text exchange that had the man in question asking her “When will I see you again?” with a crying emoji, apparently missing her. The “I’m A Mess” singer calmly replied back “I’ll be performing on New Year’s Eve. On NBC. Happy New Years my friend.” That wasn’t enough for the guy, who asked “Omg. Or on tv lol. Not on TV,” to which she responded, “I’ll be performing in San Jose in January.” Hmm….the closest NFL team to play close by is the San Francisco 49ers, whose Levi’s Stadium is in nearby Santa Clara so that could narrow down the list of possible married suitors.

Bebe then continued on in her IG stories without naming the man, but telling him — and the rest of her seven million followers  — “You’re married and have three kids  Be a good role model and play your sports and leave me the f**k alone. Don’t be texting me ‘hey friend’ especially if you’re a married man. That sh*t don’t fly with me. Go back to playing football. If only you guys knew,” along with an emoji face palm. She later added an IG stories post that read “I feel bad for writing that but it’s how I feel. “ 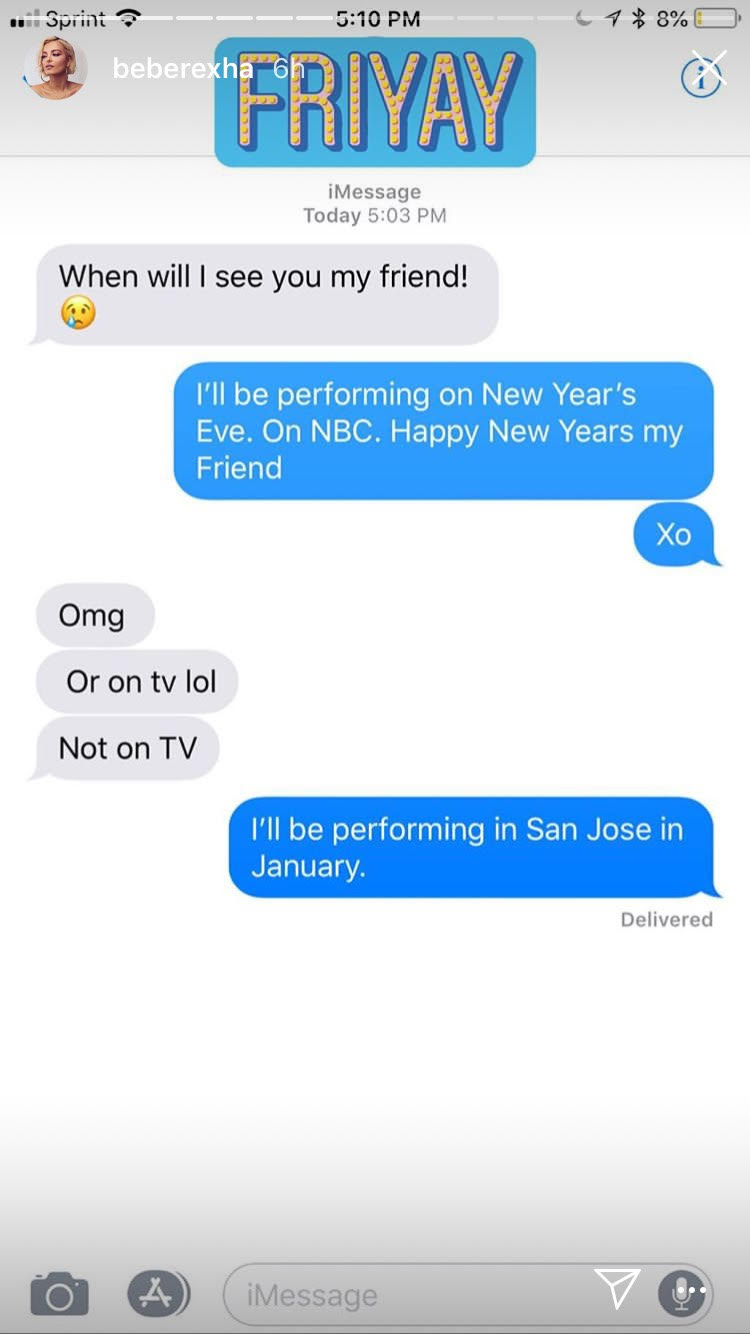 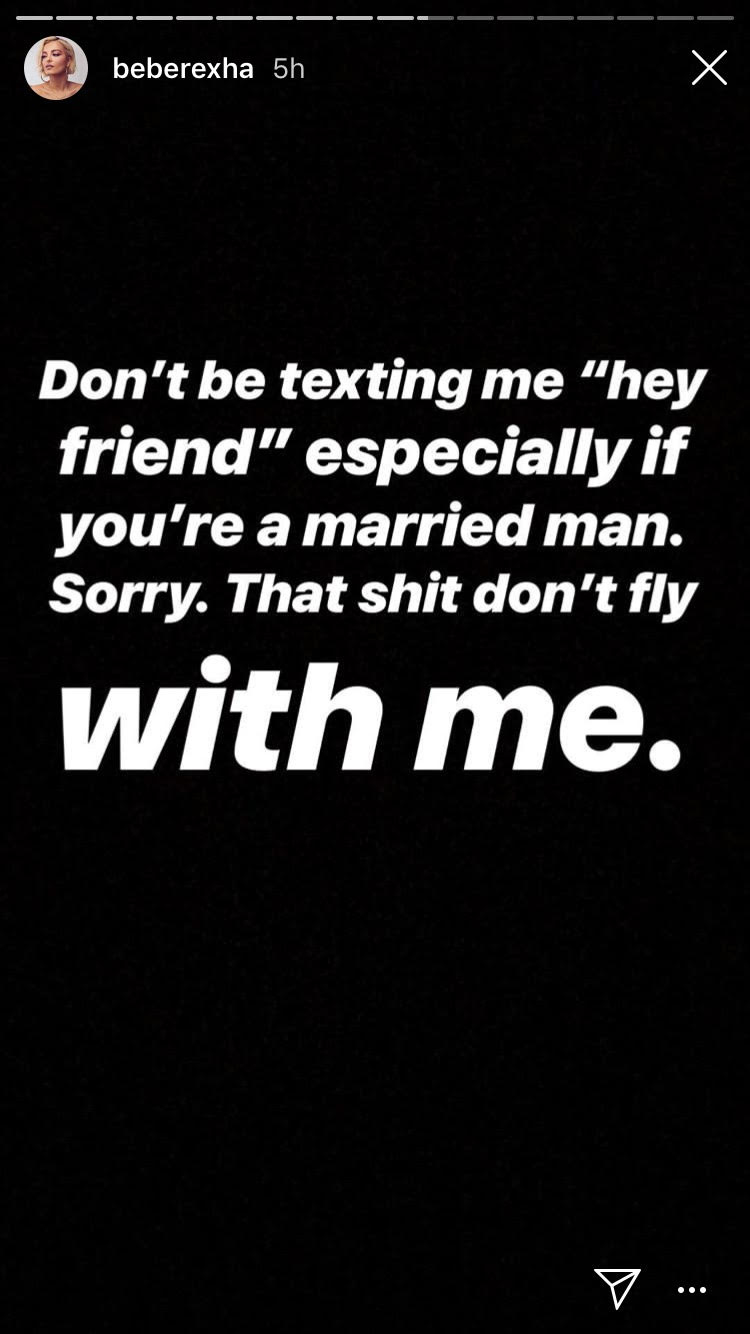 Bebe was really feeling it with sticking it to men in her past. On the same day she posted a video of her asking fans “Wanna hear a joke?” then taking a big slurp of tea before delivering the punchline “my ex” before laughing uncontrollably. She didn’t reveal his identity either as she’s always been very protective about her dating history. But this definitely a joke worth repeating for anyone whose broken up with someone they can no longer stand!