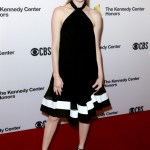 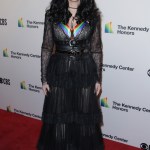 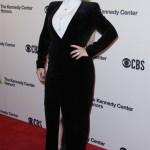 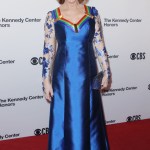 Bow down! Adam Lambert serenaded Cher during her Kennedy Center Honors ceremony and gave the most gorgeous rendition of her hit ‘Believe.’ We’ve got the video as fans are gushing over his heartbreaking take.

We can’t imagine how stressful it had to have been for Adam Lambert to pay tribute to national treasure Cher in song with the 72-year-old looking on. But the 36-year-old absolutely crushed a heartbreaking ballad rendition of her 1998 dance hit “Believe” at the 2018 Kennedy Center Honors, which was televised on Dec. 26.  Backed by an orchestra, the current Queen frontman slowed the song way down to a heartfelt serenade during the ceremony, which took place on Dec. 2. Even the Kennedy Center knew it was going to bring us to near tears by tweeting out “We hope you kept the tissues close—@adamlambert’s gorgeous take on @Cher’s ‘Believe’ is coming for your tear ducts,” just before his performance aired. Adam got a standing ovation at the end of the song and even made Cher cry!

Fans immediately melted over his beautiful rendition and Adam’s name soon became a hot trending Twitter topic. “I need Adam Lambert’s recorded version of Cher’s Believe now! Come on Make it Happen!” one fan wrote while another added “Adam Lambert sang that song like the love of his life just left him before he walked on stage. He was amazing BRAVO.” One person wrote, “Normally, Believe is my least favorite Cher song, but DAMN, Adam Lambert is making me change my mind.

“Adam Lambert is absolutely crushing Cher’s ‘Do You Believe in Life After Love’ at the Kennedy Center Honors 2018! What an incredible performance! His vocals are amazing!” one woman tweeted while another added, “”OMG my husband and I just finished watching it. What a wonderful tribute. Adam Lambert put a whole new emotional spin to ‘Believe.’ I could tell it left you breathless. Cyndi Lauper sure got everyone on their feet.” Cyndi, 65, performed a rousing rendition of Cher’s 1989 smash “If I Could Turn Back Time.” Cher herself was shocked, even yelling out from her balcony seat “You told me you were going to Los Angeles” and Cyndi could be seen mouthing back “I lied.” HAH

That high note by Adam Lambert and Cher’s face-followed by her standing 0 for a mesmerizing performance of “Believe” #KennedyCenterHonors pic.twitter.com/kUPLuGa4ji

“Thank you for good wishes Regarding Airing Of Kennedy Centers.Honors. Strange…I never expected It. Life is full of Surprises,” Cher tweeted out after her tributes from Cyndi and Adam aired. The annual awards are handed out to honorees recognized for contributions to the  performing arts and the effect they had on American culture. Along with Cher, composer Philip Glass, country music icon Reba McEntire and jazz star Wayne Shorter made up this year’s class  of honorees along with the co-creators of the Broadway sensation Hamilton, including Lin Manuel Miranda.