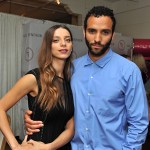 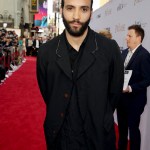 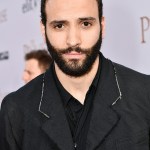 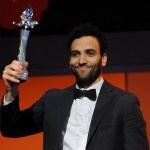 Aladdin who? Fans are obsessed with Jafar in the first look at the live-action flick and think it may be time to switch sides. See what they had to say about the hunky new villain on Twitter.

Disney’s live-action Aladdin movie won’t be released until May, but Marwan Kenzari, 35, is already stealing the spotlight from the lead actor. That’s because fans just got a first look at the film and are obsessed with Jafar, of all people. That’s right — the iconic villain! While he was bony and creepy in the original cartoon version, complete with a squiggly beard, Marwan couldn’t be a further cry from the cringey villain. In fact, he’s so hot in the first-look photos that fans are wondering why Princess Jasmine would choose Aladdin over him. LOL!

“So you mean to tell me that in this movie, Jasmine is supposed to want to WILLINGLY choose Aladdin, (a broke liar) over a rich Jafar lookin like THIS?!” one fan wrote on Twitter, while another added, “Y’all expect me to root for Aladdin when Jafar our here looking like a full balanced meal with desert on the side. Y’all playing.” So many other have been drooling over Hot Jafar on social media, digging up the actor’s shirtless pictures and claiming they’ll have no choice but to “root for evil” when they see the movie next year.

And can you blame them? As one fan put it, “I mean, Aladdin ain’t ugly, but he ain’t JAFAR.”

Y’all expect me to root for Aladdin when Jafar our here looking like a full balanced meal with desert on the side. Y’all playing. pic.twitter.com/qUi9h9hknU

Sorry but live-action Aladdin Jafar can totally get it. Don't @ me. pic.twitter.com/quthu6oqAu

the sultan [hypnotized]:jasmine, you will wed jafar becaus—

jasmine: ok yes i am fine with this pic.twitter.com/KKHbEgLFyr

But Jafar isn’t the only Aladdin actor fans are talking about! After seeing Will Smith, 50, on the cover of Entertainment Weekly looking very NOT blue as the genie, fans were pretty peeved that all he’d done to get into character was sport a man bun and some jewelry. But not to worry! He’ll be blue by the time the movie hits theaters. Phew!