Is it June 2020 yet? We’re dying to see Top Gun: Maverick — the 1986 hit film’s highly-anticipated sequel — now that we’ve seen a new photo of Tom Cruise, 56, and Miles Teller, 31, filming a scene in Lake Tahoe, California. The two hunky actors were caught wearing green jumpsuits, which had straps and pockets everywhere, and they look fantastic in them! Tom actually doesn’t even look a day older than he was when he filmed the first movie. In fact, if we didn’t know any better, we’d say Tom and Miles look like they could be brothers!

In the photo seen below, Tom and Miles seem to be having a laugh over something as they walk across the movie’s set. There’s also snow on the ground, which is pretty interesting, considering the guys are filming in California. But, it is several hours north of San Francisco, so completely understandable.

In the movie, which will be released on June 26, 2020, Miles plays pilot trainee Bradley Bradshaw, the son of Maverick’s late partner Nick “Goose” Bradshaw (played in the original by ER‘s Anthony Edwards). And Tom is, of course, reprising his role as Lt. Pete “Maverick” Mitchell — 32 years after the original. By the time the movie comes out, it’ll actually be 34 years. Pretty crazy, right? This time around, though, Tom’s character will be a captain and a flight instructor, rather than a fighter pilot. 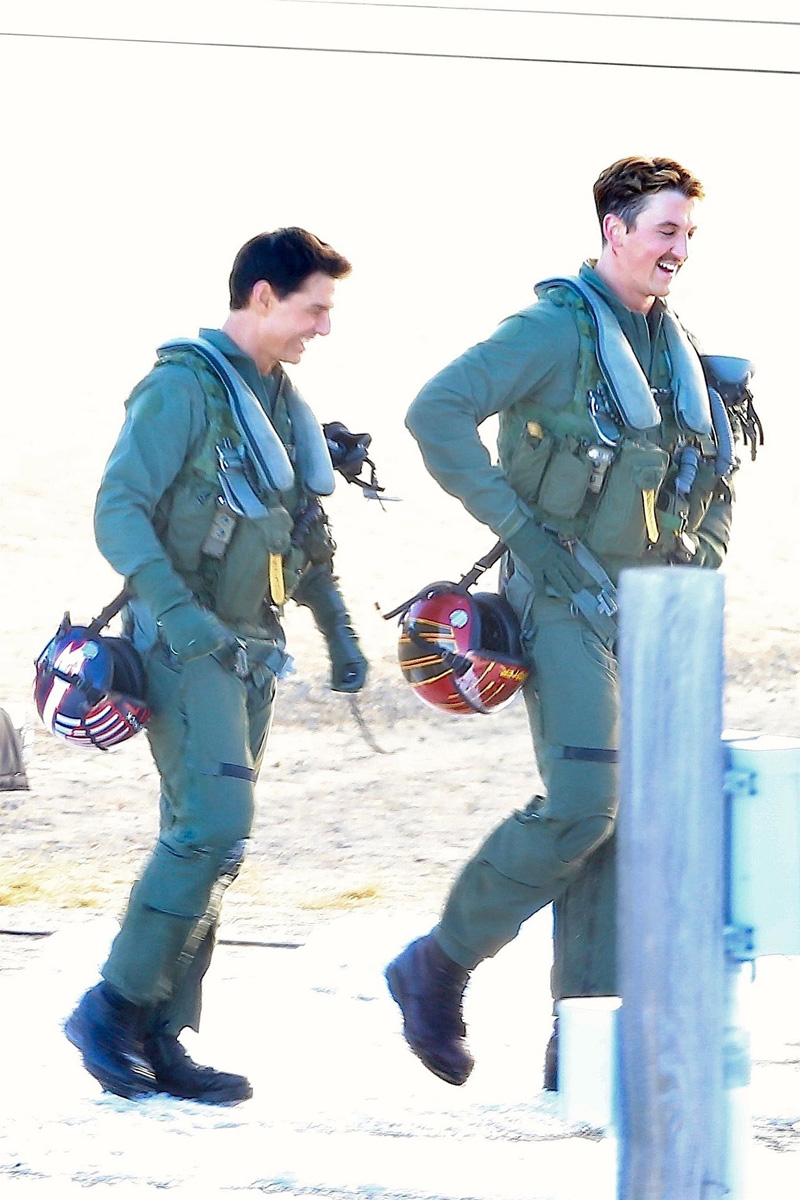 Sadly, not a lot is known about the sequel’s plot, but after seeing this new photo, we’re eagerly anticipating any new spoilers that could come our way!

Related: Tom Cruise’s Kids: Everything To Know About His Mysterious Relationships With Connor, Isabella & Suri