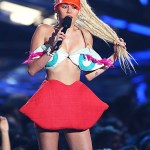 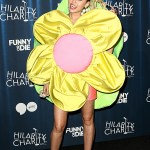 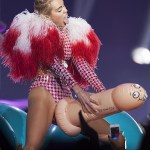 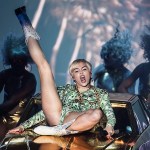 As we gear up to check out Miley Cyrus performing on the Dec. 15 episode of ‘SNL,’ look back at the singer’s most shocking and memorable moments in the spotlight right here!

Miley Cyrus has been in the public eye since she was a toddler, and she literally grew up right in front of us on the Disney Channel show, Hannah Montana. All these years in the spotlight have given Miley quite a bit of time to make headlines, and ahead of her Saturday Night Live performance on Dec. 15, we’ve rounded up some of her most memorable moments of all over the years. One of Miley’s most shocking moments of all time was at the 2013 VMAs, when she performed “We Can’t Stop” and twerked on Robin Thicke, who is 15 years her senior. Who could forget it?!

That fall, she also released her music video for “Wrecking Ball,” a sad song about how her relationship with Liam Hemsworth fell apart. Parts of the video are emotional, but the footage also shows her swinging completely naked on a wrecking ball. Who could pull that off besides Miley!? In 2015 she returned to the VMAs as the host, and immediately got people talking on the red carpet, where she wore a skirt and suspenders with NO shirt underneath. She was just inches away from a nip slip as she posed for photos, and her outfits stayed just as wild and raunchy throughout the evening.

Not all of Miley’s most memorable moments in the spotlight have been so out-there and shocking, though. She’s also an advocate for LGBT rights and against gun violence, an animal activist and stands up for many more good causes. Miley performed at the March For Our Lives rally in 2018, and also marched in the Women’s March in 2017. She’s made sure to use her voice and her platform for charity as much as possible over the years, which we of course have to recognize!