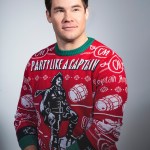 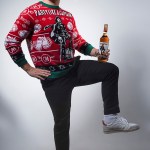 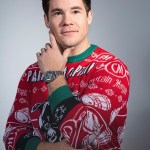 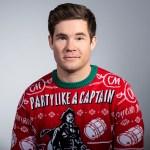 Adam DeVine sat down with HollywoodLife EXCLUSIVELY to talk ‘Isn’t It Romantic’ with pal Rebel Wilson, his standup special, and his ‘perfect’ partnership with Captain Morgan!

“The world is alive with passion for the movie,” Adam DeVine told HollywoodLife EXCLUSIVELY about Isn’t It Romantic, which hits theaters on Valentine’s Day 2019. The romantic comedy will reunite Adam with his Pitch Perfect co-star Rebel Wilson, and Adam admitted it was a no-brainer to join the cast of the movie. “Rebel just asked if I would do it,” Adam said. “Rebel and I have known each other for so long and I gave her one of her first gigs in America on Workaholics. She was in the fourth or fifth episode of Workaholics. Then we did the Pitch Perfect movies together, and I did an episode of Super Fun Night. We’ve done a ton of stuff together. She’s kind of my work wife, if you will. We love working togehter. We have really good chemistry with each other, and the movie script was super funny, so as soon as I read it and I knew Rebel was attached, I was like, yeah, sign me up.”

Have no fear, Adam and Rebel will be singing in Isn’t It Romantic. “I feel like people would be disappointed at this point if Rebel and I did a movie together and didn’t have a song and dance routine,” Adam quipped. “Yes, we do break out in song at one point.” The film also stars Liam Hemsworth and Priyanka Chopra. “Honestly, she ruled,” Adam said about Priyanka. “It was cool getting to know her. I didn’t know her before, and she’s super cool. For being such an international superstar, she’s the most cool, down to earth person.”

Adam also recently shot a Netflix comedy special in his hometown of Omaha, Nebraska. Adam actually started in standup comedy. “A lot of people don’t know that,” he noted. “A lot of people know me from acting so this is why I wanted to put out the special and spread the word that I do standup.” Omaha also designated Nov. 10 as Adam DeVine Day. “It honestly did mean a lot,” he told HollywoodLife. “I didn’t know where I wanted to shoot the special. I’ve gotten to travel all over the country to do standup and movies. I’ve fallen in love with a lot of different cities. So I was kind of deciding where I wanted to go, where I wanted to shoot it, and it just felt right for the first one to go back to Omaha. When I made that announcement, the city showed up in such a way. It was really special and cool to see the city show up for me.”

The actor/comedian is also Captain Morgan’s Chief Party Officer, and he talked about his exciting and fun partnership. “It’s the perfect partnership,” Adam said. “I couldn’t imagine a more synergistic — which is a corporate word that I’m implementing in my lifestyle now — partnership than me and Captain Morgan. If you go to a fun party where it’s not pretentious and everyone’s having a great time, there’s probably Captain Morgan at that party. I’m trying to be Captain Morgan personified in my whole lifestyle, just oozing fun and positivity and that’s what I’m trying to bring to the table.”

He’s teaming up with Captain Morgan for a new contest that will get you in the holiday spirit! Adam will stop by a holiday party in December for whichever fan shows the most holiday cheer in a comment using the hashtag #CaptainsNightInContest on Captain Morgan’s Instagram page by 11:59 p.m. on Dec. 5. Make sure you follow Captain Morgan on Instagram!

Since it’s the holiday season, it’s time for holiday parties. Adam revealed his go-to drink for parties. “I’m classic. I’m old school, so I go Captain and cola all day,” he said. “But I say you gotta go diet cola. I do or else you drink a few colas throughout the night and then you’re teeth hurt the next day. And you know what? I don’t want my teeth to hurt.”

If a live-action movie about Captain Morgan ever came to be, Adam would be all in. “I would throw my name in the hat,” he said. We’d be here for it.