The 2018 Asia Artist Awards went down on Nov. 28 at Namdong Gymnasium in Incheon, South Korea, and it was QUITE a star-studded affair, with groups like BTS, Wanna One, GOT7 and many more in attendance. The awards ceremony honors achievements and international contributions of Asian artists in various categories, including TV, movies and music. This was the third annual AAA, and there were plenty of awards given out to honor some of the biggest Asian stars. The ceremony was hosted by Leeteuk and Lee Sung-kyung.

Unsurprisingly, BTS took home the coveted Popularity Award at the event, and gave an emotional thank you speech onstage. “Thanks to our ARMY,” they said, mentioning their powerful fanbase. “As we receive this award, we will work harder for music. Thank you!” Twitter was flooded with fan congratulating the guys on the win. Meanwhile, check out a full list of the rest of the stars who took home honors here! 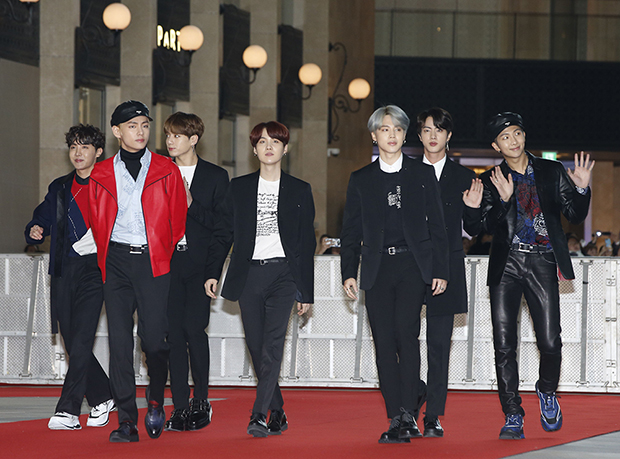 EXO holds the record for most Asia Artist Award wins ever, with seven in total. However, BTS is right behind them with six to their name. Following those guys, Im Yoona and Wanna One both have five each. What a great show!

Related: Taylor Swift, Miley Cyrus & More Forced To Cancel Shows Due To Coronavirus: What You Need To Know