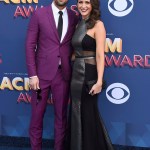 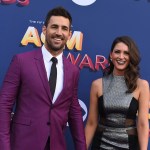 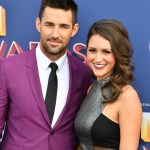 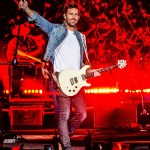 Congratulations are in order for Jake Owen and his girlfriend, Erica Hartlein — the pair announced on Thanksgiving that they’re expecting a baby!

Jake Owen returned to his hometown in Florida for ABC’s I’m Coming Home special, which aired Thanksgiving night, and he made a very special announcement during the trip. “This’ll throw you guys for a loop,” he told his family. “[We] haven’t told anyone yet, but Erica [Hartlein] and I will be having a little addition to our Owen family.” The singer’s rep confirmed that the news is indeed legit, and added that the little one will be joining the family in late spring/early summer. The baby’s gender has not been confirmed at this time.

This will be the first baby for Jake and Erica together, although the country singer already has a six-year-old daughter, Pearl, with his ex-wife, Lacey Buchanan. Jake and Lacey were married in 2012, and their daughter was born later that year. However, the pair divorced just three years later in 2015. Jake said the divorce was the “hardest thing [he’s’] ever had to do in his life” at the time. He has been very involved in Pearl’s life ever since the split.

Meanwhile, Jake and Erica have been very private about their relationship. She is an interior designer in Nashville, and it was reported that they met while he was remodeling his house. It’s unclear exactly when they started dating, but they made their red carpet debut at the ACM Awards this past April — and they looked SO in love as they posed for photos together!

So far, Jake has not many any official announcement regarding the pregnancy on his social media pages. Regardless, it must have been a VERY happy Thanksgiving for him this year!