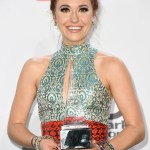 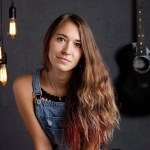 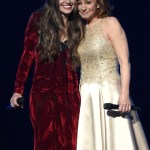 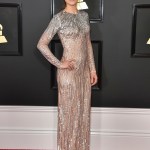 Ahead of her performance on the ‘Dancing With the Stars’ finale, get to know rising star, Lauren Daigle — a Christian music singer who Selena Gomez is a HUGE fan of!

Lauren Daigle will be taking the stage during the season 27 finale of Dancing With The Stars on Nov. 19, and if you’re not familiar with this rising worship singer, we’re here to help! Lauren already has a massive following within the Christian music community, and this year, she’s began to garner more mainstream success, as well. Ahead of her sure-to-be epic DWTS performance, get to know Lauren better with five facts right here:

1. Her music has helped Selena Gomez through tough times. Before Selena Gomez entered treatment for her mental health at the beginning of October, she did an extensive Instagram Live with her fans, in which she discussed how she’s gotten through some tough times. It turns out, Lauren was an inspiration for her at her lowest moments. “A lot of you asked about anxiety and depression, and I want to suggest a song that you can listen to,” Selena said in the video. “As some people know, I like to listen to worship music and this song makes me feel like I’m talking about that feeling. It’s really hard to not get worked up or upset when you feel like you’re constantly doing the right thing and you’re showing up for people, but you’re like…why am I not feeling good? I’ll just stop talking and suggest the song that I really love. Of course, it’s by Lauren Daigle. Don’t get annoyed that I keep talking about her, but she’s speaking my language.” The song is called “This Girl.”

2. How did she get her start in music? Lauren always had a passion for music, but she didn’t start considering it as a serious career until she began singing in choir at Louisiana State University. She tried out for American Idol in 2010, but was cut before the final round of 24. When she tried out again in 2012, she made it through the Hollywood round, but was cut in Las Vegas. She sang background vocals for the band The Assemblie, which is how she caught the attention of Centricity Music, who invited her to attend their workshop. She was signed to the label in 2013.

5. A rare illness is what inspired her to pursue music. At 15 years old, Lauren was diagnosed with cytomegalovirus, which forced her to withdraw from high school and finish schooling at home for two years. During that time, she pursued music as a passion in her free time, and realized how important it was to her. After her health improved, Lauren attended a charter school and began taking singing lessons, which led her to leading worship services at her local church.