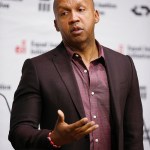 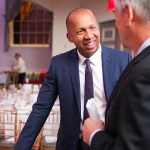 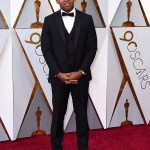 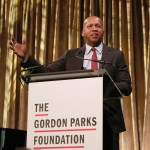 After dedicating his life to helping the poor and minorities within the criminal justice system, civil rights activist Bryan Stevenson will be celebrated at the People’s Choice Awards, so get all the details about Bryan.

Bryan Stevenson, 58, will be presented the 2018 E! People’s Choice Awards trophy for the People’s Champion Award on Nov. 11. John Legend, 39, who has worked with Bryan in his efforts on criminal justice reform, will present the People’s Champion Award (created in partnership with NBCUniversal’s Erase The Hate campaign) to his longtime friend. “It’s our privilege to recognize Bryan Stevenson with this award for his tireless efforts in protecting the basic human rights for those in our society most in need of a champion,” Bonnie Hammer, Chairman of NBCUniversal Cable Entertainment, who relaunched Erase The Hate in 2017, said in a statement.

“His passion for acceptance and equality and unending work fighting hate and bias align perfectly with our campaign’s mission,” she added. So, who exactly is Bryan Stevenson?

1. He’s a Harvard University-trained lawyer. Bryan grew up in Milton, Delaware, experiencing segregation and its after-effect as a child. He received a full scholarship to attend Harvard Law School. During his time there, he worked for Stephen Bright’s Southern Center for Human rights, per People.

2. He’s argued five cases in front of the U.S. Supreme Court. Bryan has fought against overly harsh sentencing of people convicted of crimes they committed as children (under the age of 18.) In Roper vs. Simmons (2005), the Supreme Court ruled that the death penalty was unconstitutional for persons convicted of crimes committed under the age of 18. In Miller Vs. Alabama (2012) the Supreme Court ruled that mandatory sentences of life-without-parole for children 17 and under was also unconstitutional. Four years later, Montgomery Vs. Louisiana ruled that the Miller ruling had to be applied retroactively. In 2018, he argued before the court in Madison Vs. Alabama, arguing that people can’t be executed fro crimes if they don’t remember.

“What the Court has said is that our norms — our values — are implicated when we do things to really fragile, really vulnerable people,” Stevenson said in his closing remarks, per NYU News. “Dementia in this case renders Mr. Madison frail, bewildered, vulnerable, in a way that cannot be reconciled with executing him because of his incompetency.”

3. Bryan is the founder of the Equal Justice Initiative. In 1989, Bryan founded the Equal Justice Initiative, an organization that is “committed to ending mass incarceration and excessive punishment in the United States, to challenging racial and economic injustice, and to protecting basic human rights for the most vulnerable people in American society,” according to its website. “We challenge the death penalty and excessive punishment and we provide re-entry assistance to formerly incarcerated people.”

4. He helped create the country’s first site dedicated to the legacy of black people being lynched in the United States. Bryan opened the National Memorial for Peace and Justice in Montgomery, Alabama in 2018. The memorial is for the more than 4,400 black people killed by lynching between 877 and 1950.

“The era of racial terror is the era that is least understood in American history,” He told the LA Times. “After the emancipation of enslaved black people, there was this period of violence and terror and it was tragic. Enslaved people were promised freedom and what they got was terrorism and it was horrific. And I don’t think we’ve acknowledged it. I don’t think we’ve talked about it.

5. He’s an award-winning author. In 2014, he Spiegel & Grau published Bryan’s memoir Just Mercy: A Story of Justice and Redemption. It was a critically acclaimed piece of nonfiction, and won both the 2015 Andrew Carnegie Medal for Excellence in Nonfiction and 2015 Dayton Literary Peace Prize For Nonfiction.