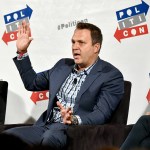 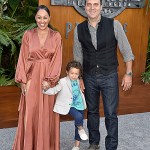 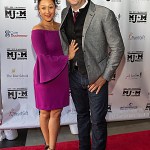 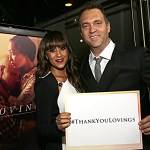 Adam Housley is making headlines after his niece Alaina, was gunned down and killed in the tragic Borderline Bar shooting. Here’s what to know about the situation & Tamera Mowry’s husband.

Adam Housley and his wife, Tamera Mowry, are suffering a tragic, unimaginable loss, after his 18-year-old niece Alaina was killed in the mass shooting at Borderline Bar & Grill on Nov. 8th. Adam, who was also Alaina’s God-father, spoke out about her death, calling her “a really good girl” in an emotional interview. The former baseball player made headlines the morning of the shooting, when his actress wife was spotted commenting on a post searching for Alaina. They have since announced that Alaina lost her life in the massacre. Here’s some more information on Adam.

1. Adam Housley is a former professional baseball player.
The Napa-native was a pitcher on the 1992 National Champion College World Series Baseball Team when he was a student at Pepperdine University in California. From college, he was drafted into the MLB and played for both the Milwaukee Brewers and the Detroit Tigers minor league organizations.

2. After his baseball career, Adam became a news reporter.
In addition to playing baseball, Adam studied and majored in telecommunications at Pepperdine, and went on to become an award-winning journalist. He began his career as a TV reporter at a live reporter for KCPM-TV (NBC) in Chico, California from 1997 to 1998, before going to KTXL-TV (Fox) in Sacramento, California from 1999 to 2001. He joined Fox Network in 2001 and traveled to Kuwait, Iraq, Bahrain, Jordan, and the Persian Gulf to report on the front lines during the Iraq War.

3. Adam married Sister, Sister actress, Tamera Mowry, in 2011.
The couple married at Adam’s family winery — Century Oak Winery in Lodi, California, of which he’s the president. They welcomed their first child, a son named  Aden John Tanner Housley on Nov. 12, 2012, and had their second child, a daughter, named Ariah Talea Housley, on July 1, 2015.

4. Tamera and Adam competed together on Cupcake Wars and won!
In 2016, the couple competed and won Celebrity Cupcake Wars on The Food Network. Their jalapeño cornbread, chocolate cabernet, and vanilla port cupcakes beat out three other teams. They donated their winnings to the charity SnowballExpress.org which helps children of fallen U.S. military members, a cause very important to Adam, who witnessed the war firsthand.

5. Adam recently left Fox News of his disagreements with their reporting on President Donald Trump.
Adam Housley left the network in August 2018, after expressing frustration over their dedication to Trump coverage and not to more important breaking news. He was the second on-air reporter in three weeks to leave the network. “He’s not doing the type of journalism he wants to be doing,” the former employee told Politico. “And he is unhappy with the tone of the conversation of the channel.”

Our thoughts and prayers are with Adam, Tamera, their family and the family and friends of all of the Borderline Shooting victims.