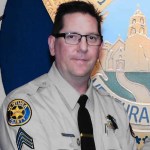 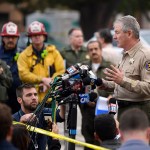 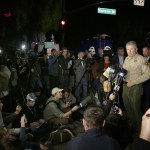 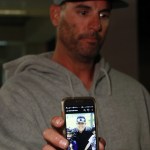 Tamera Mowry & her husband Adam Housley confirmed that their niece Alaina, 18, had been among those killed at the Borderline Bar and Grill Shooting.

Alaina Housley, the 18-year-old niece of Tamera Mowry, was one of the 12 victims at the Thousand Oaks Shooting, which happened at the Borderline Bar and Grill Shooting. Here’s what we know about the late college student.

1. She was a freshman at Pepperdine University. “Our hearts are broken. We just learned that our niece Alaina was one of the victims of last night’s shooting at Borderline bar in Thousand Oaks,” Tamera and her husband Adam Housley said in a statement released by their representative Chantal Artur. “Alaina was an incredible young woman with so much life ahead of her and we are devastated that her life was cut short in this manner. We thank everyone for your prayers and ask for privacy at this time.”

2. She had been out line-dancing with friends that night. Los Angeles Times reporter Andrea Castillo revealed that Adam had gone to the Los Robles Regional Medical Center in search for her, tweeting, “A guard didn’t let him through, saying (the hospital) was on lockdown,” Castillo, who was at the hospital, tweeted, “He said Alaina, a Pepperdine freshman, was at the bar with several friends. Her Apple Watch and iPhone still showed her location on the dance floor… Housley said two of Alaina’s suite mates jumped through a broken window to escape and are at a hospital with major glass wounds. As they ran away from the bar, someone screamed ‘Hey! Get the (expletive) down on the ground!’ They told Housley they believe it was the gunman.”

3. She had been part of the Pepperdine Regents program. According to the Regents’ Scholars Program‘s website, the program “is designed to celebrate and promote academic excellence among the students at Seaver College. Both the curricular and co-curricular experiences for the Regents’ Scholars will challenge students to explore a multitude of issues and opportunities in the areas of coursework, undergraduate research, and service.”

4. Her suitemate reached out over Twitter to see if anyone knew any information about Alaina when she was missing. She wrote, “My suitemate is still missing, she is wearing denim shorts, a blue flannel and sneakers, pls let me know if you know anything #Borderline.” Tamera then replied to her tweeting, “Ashely this is her aunt Tamera Mowry Housley. Can you please DM me your information?” The two then had a back-and-forth where Alaina’s suitemate admitted that there was no new information, and that Alaina was the only one of her friends unaccounted for at that time.

My niece Alaina Housley. I can't believe I met her when she was five. She now is a Junior in high school doing a photo shoot with a 70's theme. Kill it beauty. Good luck in all your future endeavors.

5. She was part of a soccer outreach program called H.I.O. Here is H.I.O.’s mission statement: “Our name originated from our founders initials and doubles as our mission statement. H.I.O originally stood for Housley, Ilsley, Ornowski but has evolved into Helping to Introduce Opportunities. Our goal as a team is to not only create a worldwide soccer community but to help those less fortunate than ourselves and share our love for soccer in the process.”