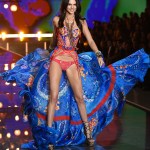 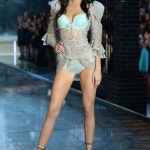 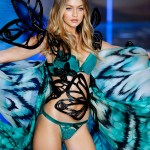 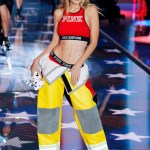 Before they earned their wings, supermodels like Elsa Hosk, Lily Aldridge and Alessandra Ambrosio had to walk in their first Victoria’s Secret Fashion Shows. So in honor of the 2018 show’s taping today, Nov. 8, we decided to take a look back at the first time these Angels ever walked in the iconic show!

Hosk has been in the VS game for quite some time now, and she’s taking it to the next level this year! The Swedish model, 30, walked in her first show in 2011 and earned her wings four years later in 2015. Now, she’ll be the lucky Angel who gets to wear the fantasy bra! It’s clearly well deserved and we’re excited to see her show off the expensive piece of lingerie on the runway.

Aldridge has also been around for quite some time, having joined the VS family in 2009 just one year before she became an Angel. However, we likely won’t see the 32-year-old model on the runway this year, as she’s currently pregnant with her second child!

While Aldridge won’t be around this year, there are a few familiar faces we’re looking forward to seeing! Best friends Kendall Jenner and Gigi Hadid walked in their first Victoria’s Secret Fashion Show together in 2015, and will be back on the runway this year after skipping last year’s event in Shanghai. Hadid’s sister Bella Hadid will also be walking for the third consecutive year. She made her VS debut one year after her older sis in 2016.

Well, what are you waiting for? Get clicking through the gallery above to see tons of pics of your favorite models from their first ever Victoria’s Secret Fashion Shows!