Kelsea Ballerini works hard to keep her body in shape, and it definitely showed when she hit the stage at the Victoria’s Secret Fashion Show on Nov. 8. The country singer walked the runway to sing her song “This Feeling” with The Chainsmokers, and she looked gorgeous as ever. For the performance, Kelsea rocked a little white dress, which put her long, lean legs on display. She wore her hair in loose blonde waves, and belted out her song while strutting alongside the models. Kelsea also walked the pink carpet before hitting the stage, where she looked beyond incredible in a short, black velvet dress. Can we get your workout routine, girl?!

The 25-year-old just wrapped up several months on the road with Keith Urban for his Graffiti U tour, and clearly, all those long nights on stage have been paying off. We could barely tell her apart from the models as she made her way down the runway during the show! Kelsea and The Chainsmokers released their “This Feeling” collaboration earlier this year, and it was absolutely the perfect song to go with the 2018 VS Fashion Show.

As always, this year’s Victoria’s Secret Fashion Show features 60 of the world’s top models, including Kendall Jenner, Bella Hadid and Gigi Hadid, hitting the runway in the brand’s hottest new lingerie. Along with Kelsea and The Chainsmokers, the show also includes performances from Bebe Rexha, Halsey, Leela James, Rita Ora, Shawn Mendes and The Struts. Um….amazing! 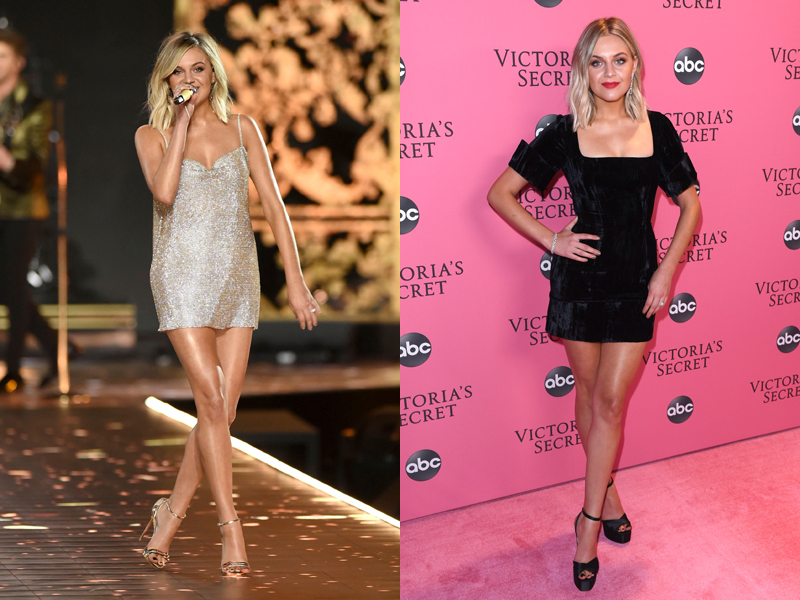 The Victoria’s Secret Fashion Show Holiday Special, which taped in New York City. airs Sunday Dec. 2 at 10:00 p.m. on ABC, so you can get a glimpse at everything that went down then!