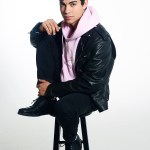 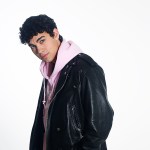 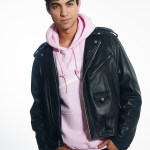 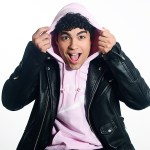 ‘Tell Me A Story’ is currently airing on CBS All Access, and HollywoodLife got the EXCLUSIVE scoop about Gabe and Hannah’s complicated relationship in the episodes ahead from series star Davi Santos!

As we learned in the series premiere of the new CBS All Access series Tell Me A Story, Gabe (Davi Santos) and Hannah (Dania Ramirez) don’t have the best relationship. There’s a lot of history between this brother and sister, but their fierce love for one another keeps them bonded above all else. “I think fierce love is a good phrase because the ferocity of their relationship with each other is such a bite, but at the same time they’ll lick each other’s wounds, too,” Davi Santos told HollywoodLife EXCLUSIVELY.

When Gabe got into some trouble and a man ended up dead, he called his sister in his time of need. Davi noted that between Gabe and Hannah there’s “that juxtaposition of needing someone and also having a deep resentment for them as well. There’s this tug of war of, ‘Oh, please, I need you, you’re going the only person who can help me get out of this. But on the other hand, I feel like I hate you because you did this to me and this to me. It’s your fault I’m even in this position anyway.’ We have all these issues to deal with while also having to deal with the situation at hand.” The series will peel back the layers on Hannah, who has “serious flaws that rival Gabe’s.”

Tell Me A Story is a modern day retelling of the famous fairytales Hansel & Gretel, Three Little Pigs, and Little Red Riding Hood. Will these stories ever intersect within Tell Me A Story? “I think we’ll see some figure 8s happening,” Davi said. “We’ll get really, really close, almost to the extent where we’ll feel like we will share the same world, and then maybe we’ll just miss each other and it’ll seem like we’ll never see each other again.” He continued, “We’ll see them define themselves as their own stories, but then we’ll be graced with the moments when they do cross, which I prefer. I love to see the stories come together.”

The show’s cast also includes Dania Ramirez, James Wolk, Paul Wesley, Danielle Campbell, and Billy Magnussen. Dania plays Davi’s onscreen sister and working with the actress has been a *fairytale* for Davi. “I love Dania,” Davi told HollywoodLife. :She’s incredible, as an actress, as a person. She brings such energy and joy to her work. She’s so real about everything that’s happening. She has so much happening, and it’s amazing to see her just like switch and be in the moment and give so much.” New episodes of Tell Me A Story will be available on demand weekly on Thursdays exclusively for CBS All Access subscribers.