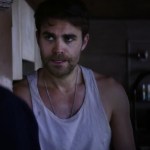 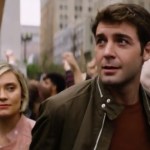 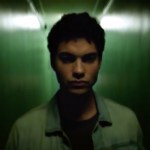 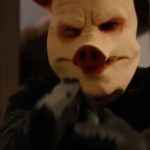 ‘Tell Me A Story’ is making its highly-anticipated debut on Oct. 31. HollywoodLife spoke EXCLUSIVELY with star Luke Guldan about the all-new show that turns your beloved fairytales upside down.

Tell Me A Story is now streaming on CBS All Access. The show began streaming Oct. 31. New episodes of Kevin Williamson’s new series will be released weekly on Thursdays. The show reimagines The Three Little Pigs, Hansel & Gretel, and Little Red Riding Hood into a modern psychological thriller set in New York City. “The premise is different fairytales grounded in really truthful circumstance in current day New York City. I come into the Hansel & Gretel story, and all of them kind of interweave together at different parts as the story unfolds but I’m primarily Hansel & Gretel. I play Billy, the roommate of the character Gabe. Basically, we’re just two friends in the beginning of the journey who get into some fun,” Tell Me A Story star Luke Guldan told HollywoodLife EXCLUSIVELY.

Fairytales are nothing new to audiences. We’ve embraced them in books, movies, and TV shows. But Tell Me A Story is different. If you’re having any hesitation about this show’s take on fairytales, take Luke’s words into consideration: “I would just have to say it might have been done but it’s never been done by Kevin Williamson.” The series also stars Paul Wesley, James Wolk, Danielle Campbell, Billy Magnussen, Kim Cattrall, Dania Ramirez, Davi Santos, Michael Raymond James, and Sam Jaeger.

Luke will also be returning to The Good Place this season. He couldn’t say too much about Chris Baker’s return, but he did tease this: “It’s going to be big… I kind of come in right in the middle as things are unfolding, and it is worth the mystery. It’ll be memorable.”