We’re getting our first good look at Demi Lovato after she spent 90 days in rehab following a near fatal overdose in July. The “Tell Me You Love Me” singer looked healthy and strong in snaps taken on Nov. 7. She had just finished a workout and was headed into an office building with a burly bodyguard in tow in LA’s Pacific Palisades area. Demi was wearing a pair of black leggings along with a white t-shirt and distressed blue jean jacket, a similar look to what she had on in a Nov. 6 Instagram post encouraging fans to vote. That was her first personal photo on social media since the eve of her July 24 overdose.

The 26-year-old wore a darker blue jean jacket and leggings look in her triumphant return to social media on election day, telling fans in her caption: “I am so grateful to be home in time to vote! One vote can make a difference, so make sure your voice is heard!🗳 🇺🇸 now go out and #VOTE!!!!”

Demi has always turned to fitness as an outlet to help in her sobriety and today was no different. She had a morning workout in LA before getting back to business by heading to a real estate office. She put her Hollywood Hills home on the market for $9.5 million following her overdose there so it’s only natural that the’s looking for new digs to make a fresh start. She was accompanied buy two girlfriends and companion Henri Levy, who she has been spotted with constantly ever since leaving rehab was not with her, an eyewitness tells HollywoodLife.com EXCLUSIVELY. 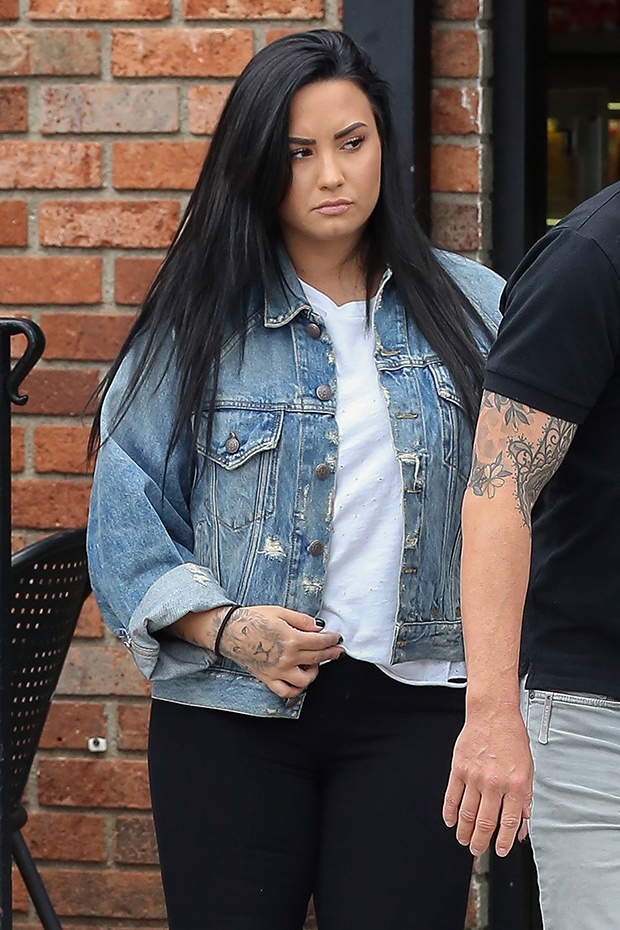 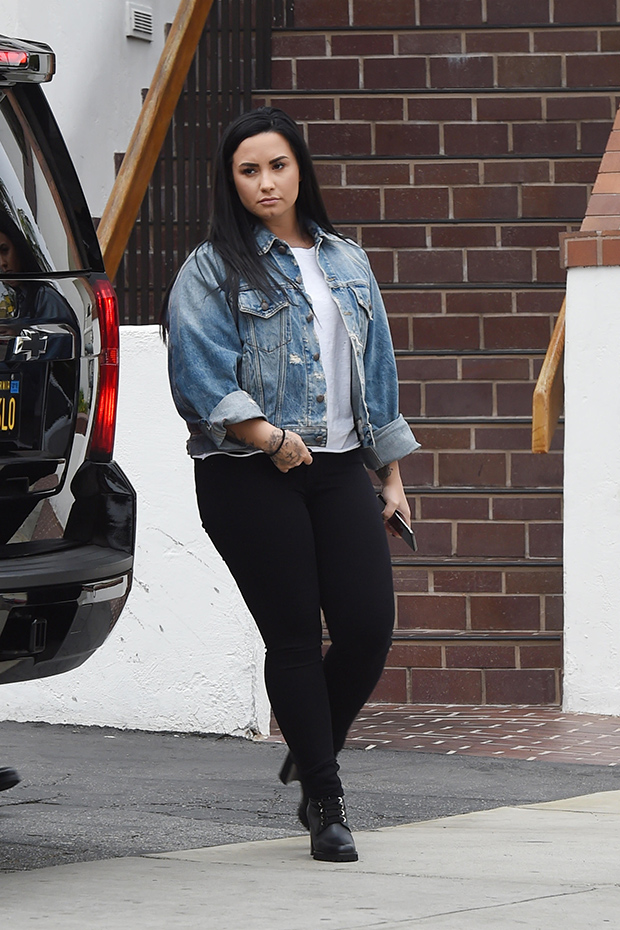 After her workout Demi put on a full face of perfect makeup and had her long dark hair straightened to head in to meetings with realtors. She also paired her leggings with fashionable black boots. While she looked fit and healthy, the expression on her face appeared that she was less than thrilled to see the paparazzi keeping up with her post-rehab movements. But who can blame her? After spending three months out of the public eye and getting clean after her heartbreaking overdose, it must be annoying to suddenly have her every move tracked.