Okay, Larsa! The reality star may be divorcing Scottie Pippen after two decades of marriage, but the single life looks seriously good on her. See shots of her sexy look here!

Larsa Pippen‘s relationship with Scottie Pippen, 53, may be on the rocks, but her style is on point! The 44-year-old reality star didn’t shy away from showing skin at an event to celebrate friend Hailey Baldwin, 21, and her collab with the brand Pretty Little Thing. Larsa was the prettiest little thing ever on the red carpet, wearing a cutout PVC dress that hugged her curves. She paired the black ensemble with strappy heels and a diamond choker that drew attention to the dress’s plunging neckline — and to the accidental nip slip that occurred when she was driving to the event. Oops!

That’s right, Larsa’s low-cut dress slipped just a little too low while she was in the passenger seat. But that’s not a big deal, right? At least she remedied the wardrobe malfunction by the time she hit the carpet! This isn’t the first time Larsa has stepped out after filing for divorce from her husband, though. She went to P. Diddy‘s birthday party on Nov. 4 just a couple days post-breakup — and she looked just as incredible then, too! With a long-sleeve velvet bodysuit and black thigh high boots, she wasn’t showing off as much skin, but her perfect curves were on full display.

But while she’s been flaunting what she’s got in the face of her split, Scottie hasn’t been spotted yet. We hope he’s doing well! The two confirmed their breakup in a statement to TMZ. 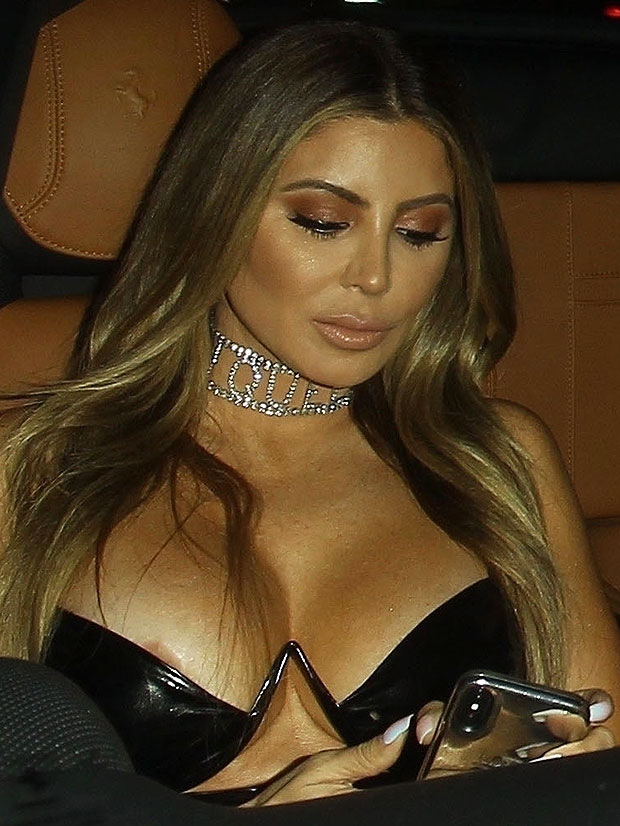 “It is with deep sadness that Scottie and I announce that we are legally separating,” Larsa said. “We have both tried very hard for a long time to make our marriage work and have ultimately come to the conclusion that it is best that we live separate lives. We have so many amazing memories together, remain best of friends and love each other very much. Our children have always been our priority and for their sake we ask for as much privacy as possible for our family during this sensitive time.”

Scottie and Larsa married in 1997 and share four kids — Justin, Sophia, Preston and Scotty. We’re wishing them all the best in this tough time!