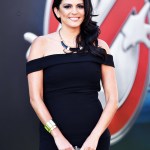 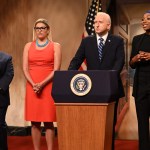 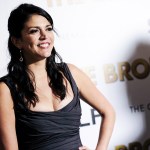 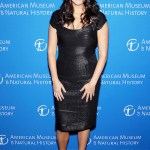 Cecily Strong may star in a ‘funny’ show but she has found the last two years anything but amusing. She’s volunteered to canvas for Democratic candidates and asks you to jump in and help today and even on Nov.6.

SNL’s Cecily Strong has one crystal clear message for anyone who feels like they’ve been ‘screaming with devastation’ since Donald Trump was elected — vote Nov. 6th and flip the “F**king House, that’s power.”

Strong spoke in front of a crowd at the NYC Swing Left rally on Nov. 1st — watch Hollywoodlife‘s EXCLUSIVE video of her speech, above. She announced that she’d be canvassing for Democratic candidates before the midterm elections and urged others to get active — canvas, phone bank, or even drive voters to the polls on Nov. 6th. “Right now, it feels a bit like my skin has been turned inside out and everything stings to touch, because for the past two years, sexual assault just keeps being shoved in our faces and talked about by all the worst people to talk about it. And why do we have to keep talking about it, when it keeps ending with the coronation of the assaulter,” she told the crowd.

The issues of sexual assault and women’s reproduction rights clearly felt personal to Strong. She told the crowd that she actually worked at Planned Parenthood in Chicago when she was 25 years old. Her job was to answer the general phone number for the clinic.”I heard all the fear, anger, annoyance and exhaustion on the other end of the line and some of those calls stuck with me to this day,” she recounted. “So, even though I want to sob all the time now with my dog, I can’t because of all the girls on the other side of the line at Planned Parenthood.”

She admitted that it’s been tough to “do a show about current events and find a way to laugh about it, but I think we probably all have to do that to survive right now.”

But she believes it’s even more important to do something concrete like volunteering, in an effort to take power back by flipping the House. Cecily wasn’t the only SNLer at the Swing Left rally. Stars Chris Redd and Melissa Villaseñor also took to the stage to demonstrate how to door knock and talk to voters about getting to the polls on Nov. 6th.

If you want to canvas, phone bank, or help voters who need transportation to the polls, go to Swing Left for info on how to volunteer! And VOTE on Nov. 6th! Democracy depends on it.