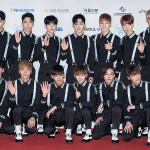 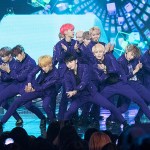 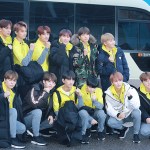 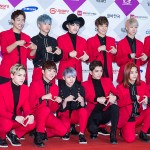 K-pop sensation SEVENTEEN’s member Hoshi shockingly dislocated his shoulder during a concert on Nov. 4 and he was in so much pain that he had to walk off stage for a few songs.

K-pop group SEVENTEEN gave quite the performance at their encore concert Ideal Cut – The Final Scene in Seoul on Nov. 4 when 22-year-old member Hoshi, whose real name is Kwon Soonyoung,  unexpectedly injured his shoulder on stage. The injury happened to the singer during a dance move and in a video that a fan posted of the moment to Twitter, he can be seen grabbing onto his shoulder in pain before rushing off the stage. The group members then addressed the issue by saying, “Hoshi usually has recurring shoulder dislocation. However, Hoshi is like a phoenix, so he will return to the stage soon.” After spending a few songs off stage, he returned to the stage to the chants of fans and finished the show.

It didn’t take long for fans to react in many tweets after news of his injury spread. Some seemed worried for the star while others were praising his efforts to return to the show despite the pain he must have been in. “this is him after he hurt his shoulder, the bright and loud hoshi we know. we love you!!!!!!!!!!,” one fan tweeted along with a video of a smiling and clapping Hoshi on stage after the incident. “soonyoung dislocating his shoulder and leaving for a few songs but coming right back after, joking around saying he left because the boiler was still on at the dorm, telling carats to jump again & performing with as much energy as before as if he never even got hurt…what a man,” another fan tweeted.

After Hoshi’s on-stage injury, the group’s agency, Pledis Entertainment publicly released an update on his condition and plans. “He is getting his condition checked with a doctor on scene” and explained that the results will determine whether or not he can continue performing.

this is him after he hurt his shoulder, the bright and loud hoshi we know. we love you!!!!!!!!!! pic.twitter.com/TktzpRBN3w

We’re sending Hoshi a lot of healing and hope to see him well again soon! From the reactions of his devoted fans on social media, we’re sure he’ll want to tre