The Situation and Lauren Pesce are officially married, and that calls for a celebration! So which ‘Jersey Shore’ cast members showed up to the wedding? We’ve got all the guest list details.

Mike “The Situation” Sorrentino, 36, and college sweetheart Lauren Pesce, 33, tied the knot in a Nov. 1 ceremony — and his Jersey Shore family had to show up to support, of course! Even though Mike and Lauren didn’t pick their relationship back up until after the MTV show wrapped in 2012, cast members Nicole “Snooki” Polizzi, 30, Jenni “JWoww” Farley, 32, Vinny Guadagnino, 30, Ronnie Ortiz-Magro, 32, DJ Pauly D, 38, Deena Cortese, 31, and Sammi Giancola, 31, are still an important part of their lives. In fact, Mike actually got down on one knee while they were all filming Jersey Shore Family Vacation, and his friends helped plan the major moment. So we love that they were around for this one, as well!

This isn’t the first time that fans have seen the Jersey Shore cast reunite for a wedding — but it never stops being exciting! They may be back on TV, but we can’t get enough of seeing these guys together. Just last year, Deena and Christopher Buckner, 29, tied the knot and everyone showed up — well, except for Ronnie. But everyone who was there looked incredible, and that was the case at Mike and Lauren’s wedding, too. Celebrating in style!

But while the cast members showed their support for Mike, we can’t forget about how much Lauren has supported him over the years. In fact, the reality star called his fiancee his “rock” when announcing their engagement. She wore a stunning white gown with a tight bodice and lace sleeves, along with a long white veil. Mike cleaned up very well, rocking a black tux.

Pregnant Deena looked gorgeous in a black floor length gown with lace sleeves. She accessorized her bump with a giant silver waistband that looked so glamorous. Angelina Pavarnik made the cut, wearing an off the shoulder green gown and super glam makeup. We’re still waiting for Snooki and JWoww to reveal their outfits and we can’t wait to see what they wore. 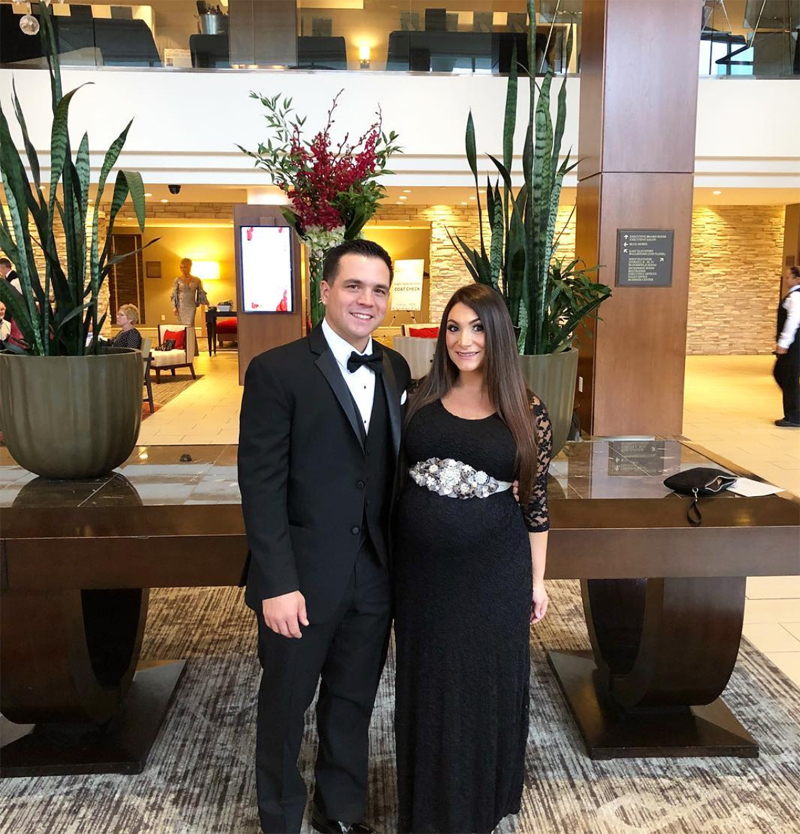 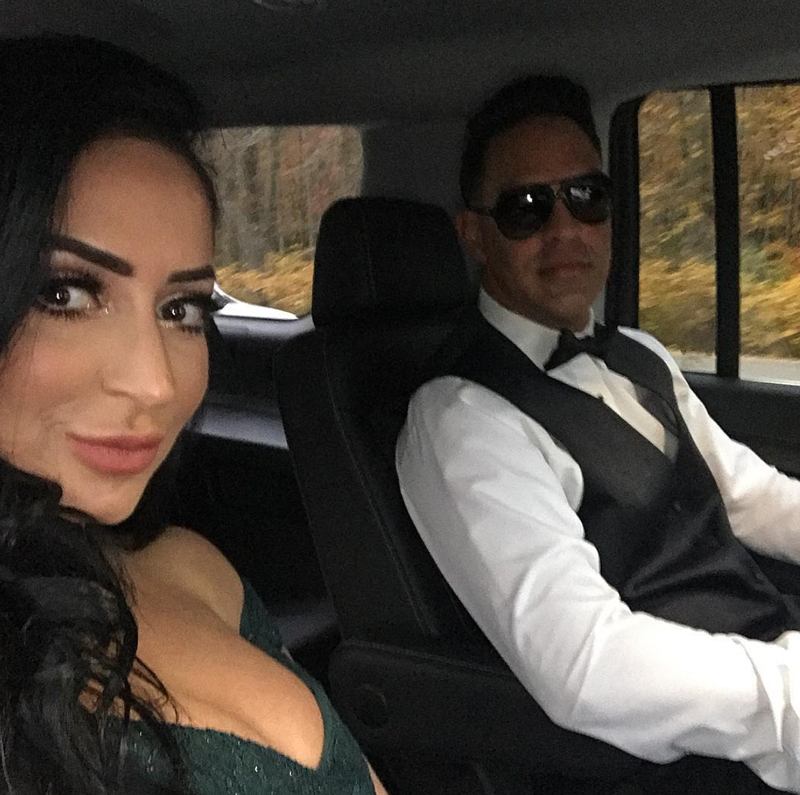 And Lauren truly has been just that for Mike! Even after he pleaded guilty for tax evasion and was sentenced to eight months in prison, Lauren has stood faithfully by his side. Seeing them tie the knot before his sentence, which will begin in Jan. 2019, is such a sweet testament to their love. Here’s to hoping the couple — and their co-stars — continue to be there for each other through the good and the bad!