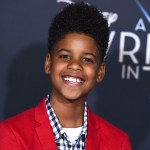 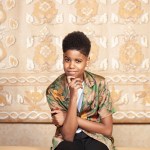 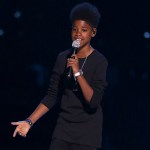 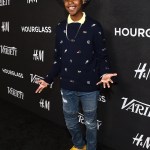 You might remember JD McCrary as the powerful voice that joined Donald Glover on stage last year at the Grammys. Now, the 11-year-old, who just became the youngest person to be signed to Hollywood Records, spoke to HL about what’s next!

We’re literally counting down the days until the highly-anticipated live action The Lion King hits theaters. Starring Beyonce, Donald Glover, Seth Rogen, and of course, JD McCrary, it is sure to be one of the greatest musical moments of 2019. JD, who went viral after singing at the Grammys with Donald, has continued to find success after he was cast at young Simba. The 11-year-old was the youngest person to sign with Hollywood Records, plus he was cast Kenny Payne in Tyler Perry’s hit series, The Paynes. “I am extremely blessed. It honestly feels kind of normal at this point because I’ve always wanted to sing and always believed I could. I have such a great team around me, too,” he told HollywoodLife.com in an EXCLUSIVE interview. He added that one of the most amazing moments of his career so far, was joining Childish Gambino on stage at the Grammy Awards.

“Working with Donald Glover was one of the coolest experiences in my life. What many people don’t know Is I was actually featured on his song ‘Terrified’ so when we heard he was performing at the Grammy’s the producers of the song got in touch with us and wanted to know if I could be in New York to perform with him. It was such a blessing,” JD revealed. “It also got everyone really excited for the movie.” The young actor/singer also revealed that while filming The Lion King, he and Donald were never on set together, but worked with each other via Skype. “When Donald and I were recording the song we did it all through Skype, so I actually never met him until the Grammy’s. Even during Lion King filming we were together at different times. He was amazing during the Grammy’s and now I consider him a friend! I’m really excited to meet the rest of the cast who I haven’t met yet,” he said, adding that he can’t wait for audiences to see the “music and effects” in the remake.