At this point, it’s almost as it doesn’t matter if Once Upon A Time In Hollywood is good or not. The movie has transformed Brad Pitt’s “dad bod” back into a “hot bod.” In the latest sizzling shots from set, taken on Oct. 20, Brad, 54, looked pretty sexy behind a pair of aviator sunglasses. Brad and his costar, Margaret Qualley, 23, filmed a scene inside a car, and while Brad’s co-star looked pretty hot in her knit top and cutoff shorts (which she was caught wearing with the fly open), he was a tasty snack himself. How fitting that the movie is set for a July 2019 release, as it seems the film’s stars are as hot as the summer itself.

About two weeks before these shots, Brad was spotted hugging Margaret while taking a break in filming. While this platonic display of affection between a 54-year-old starlet and a woman young enough to be his daughter wasn’t that big of a deal, there was some speculation if Brad thought his co-star could be the new leading lady in his life. Since splitting from Angelina Jolie, 43, in 2016, Brad’s love life has gone into hibernation. There were rumors of a romance between him and MIT professor Neri Oxman, but those didn’t pan out.

He reportedly struck up a romance with spiritual healer Sat Hari Khalsa, but a source close to Brad EXCLUSIVELY told HollywoodLife.com that those rumors were “nonsense.” As it turns out, Brad is more focused on being a father and on his career at this point in his life. Instead of trying to pick up a new love interest, he’s more focused on his character’s motivations in Once Upon A Time. 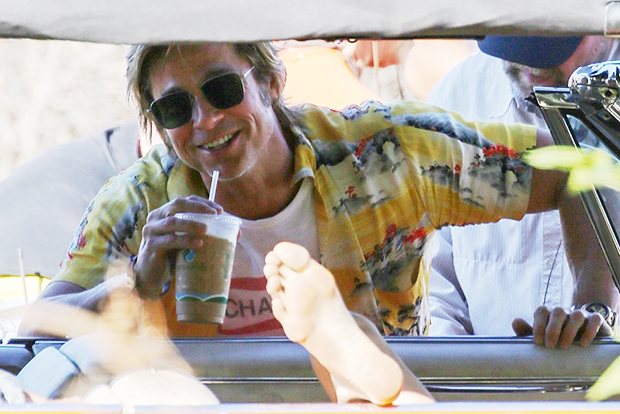 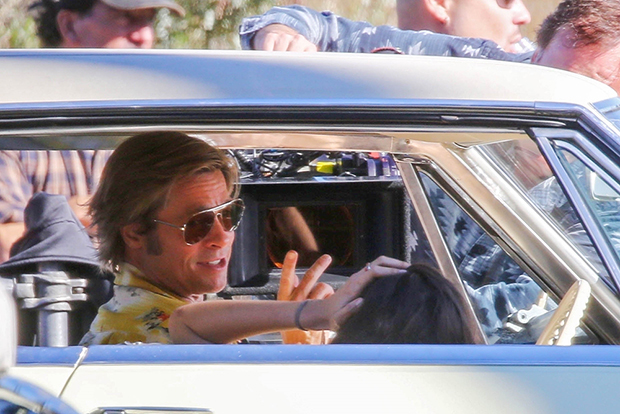 Angie isn’t buying Brad’s single status, though. Angie, who “feels like it’s her right to know who he is dating” because it means that woman would be around their six kids, is “very determined to get to the bottom of who Brad is seeing,” an insider EXCLUSIVELY told HollywoodLife.com. So, amid their very heated, ugly divorce battle, Brad has to deal with Angie snooping around to figure out who he is (or in this case, isn’t) dating.