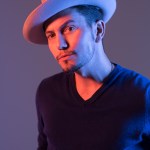 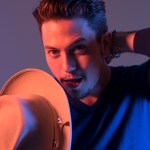 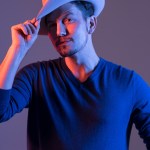 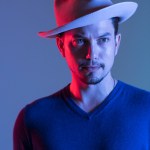 ‘Twilight’ is turning 10 years old, and HollywoodLife spoke EXCLUSIVELY with Jackson Rathbone about the movie’s impact, his thoughts on prequels and reboots, his new movie, and more!

Twilight is turning 10 years old! Can you believe it’s been that long? In honor of the 10th anniversary, the mega-popular film that kicked off the Twilight saga will be re-released in theaters for a special two-day event on Oct. 21 and 23. Twilight will also be released on 4K Ultra HD in a combo pack that features new collectible art and a never-before-seen featurette with Jackson Rathbone and director Catherine Hardwicke, Twilight Tour…10 Years Later. The movie hit theaters on Nov. 21, 2008.

HollywoodLife sat down EXCLUSIVELY with Jackson to talk about the film, including the possibility of a reboot down the line. “I feel like reboots are, in this day and age, inevitable,” Jackson told HollywoodLife. “However, if they were to do something more along the lines of expanding the universe of Twilight, something I would be fascinated by are prequels. I’m talking about Jasper’s backstory. We got to see a little bit of it in Eclipse, but we didn’t get to see the moment he met Alice.” He also revealed his movie pitch for a Jasper standalone movie!

“We have Jasper in the Civil War with Maria and the vampire army, and then you have Alice in the psych ward in the ’40s, right? And then maybe she thinks she’s seeing these things, and thinking, ‘No, this isn’t real.’ She thinks she sees the future, and they’re going to come together, she’s going to be with the Civil War major, and they’re like, ‘You’re definitely crazy.’ And then, they [Jasper and Alice] finally meet as the two timelines kind of collide.”

Jackson also spoke about the movie’s impact in the days before the social media craze. “I often wonder about how Twilight would work nowadays, within the realm of Twitter and Instagram, social media being king,” Jackson said. “I think there was something beautiful and innocent about the way that it naturally grew… One thing that I always talk about, one thing I really love about the series of books and films, is that the people, the fans, were brought together from all over the world, and they connected with one another, somehow before Twitter and before Instagram. They formed these groups, and then Twitter and Instagram happened, and suddenly best friends were being made across the world. I remember doing some signings and having people tell me their stories about how it brought their family closer together. Maybe people were estranged, but through a love of a book, and through the love of a film, they were able to connect, finally, and to me that’s the power of art, and the power of entertainment.”

The last Twilight movie — Breaking Dawn: Part 2 — was released in 2012, and the cast has tackled new projects in the years since. Jackson’s next movie is Heart, Baby!, which will be released in November. The film tells the true story of George Martin and Doc, best friends from reform school to life in prison where George becomes an amazing prison boxer. When George is given the opportunity to fight for the U.S. in the 1984 Olympics, he says no. Jackson plays Doc in the film. “It’s about love,” Jackson said about the movie. “And this is a story about these guys in prison in ’84, but it’s got this vibe of Orange is the New Black, and these guys loved one another, and they supported one another, and they were so much more open, in a way that we’re just discovering now.”

The role gave Jackson the opportunity to combine his love of acting and music, since Doc is a songwriter. “When I met Doc, and he’d heard my music and I’d heard his, we just vibed instantly, and he was stoked that I could play guitar and harmonica,” Jackson continued. “He was like, ‘We really want to showcase those things,’ and our amazing director Angela [Shelton], she was just so passionate about getting the music in there.”

Jackson will also be dropping his first solo album, American Spirit Blues, in the coming months. “I really wanted to do a record that was an homage to the music that I grew up listening to, the Americana tunes, and songwriters like Paul Simon,” Jackson told HollywoodLife. “I just wanted to get away from the synth, and the modern auto-tune, and all that. There’s no synths on the record. Every instrument you hear was played by a human. And on this record, I’m playing guitar, banjo, mandolin, harmonica, and the organ because I wanted to really dig in, and kind of showcase that, as a songwriter, I love that Americana sound.”

He’s already released his first song, “Young And Tragic,” which he revealed is “about the time in my life where I was kind of fed up with the rock and roll lifestyle. I’d been going from movies to music tours, filming, music tours, and I didn’t really have any time for my family. I missed so many weddings and graduations and things, and then I really just kind of wanted to put that all behind me. So I sat down, and I started writing this tune, right after I met my wife, and it was all about the things that I didn’t want to be. I didn’t want to be another casualty of rock and roll. There’s all the trappings of an artist, drinking too much, partying too much, and I wanted to leave that behind, so I kind of wrote this song as a reminder to myself, that there’s a way to be remembered well, and there’s a way to be remembered poorly.”