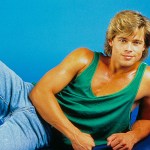 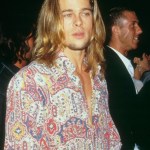 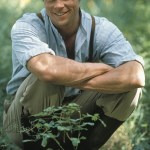 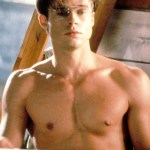 Brad Pitt is still incredible sexy at 54. The movie star has maintained his heartthrob status for decades and continues to age like one fine wine. Take a look at his transformation!

Brad Pitt, 54, has been a Hollywood heartthrob for over 30 years, and he’s showing no signs of slowing down. His transformation from young hunk to one of the sexiest men alive has been a good for everyone. He’s the epitome of eye candy! As the years have gone by, Brad has turned up the in a number of different looks on red carpets, in movies, and more.

Brad first rose to fame in the late ’80s and early ’90s in roles like Thelma & Louise, Legends of the Fall, and Interview With a Vampire. The actor reached total hunk status in those early years, making us drool with his long hair and ripped body. Quite possibly his sexiest role ever is playing Achilles in the 2004 movie Troy. Brad got even more ripped, and his armor costume showed off every single one of his muscles. Troy is just Brad looking like the sexiest Greek hero for two hours straight.

The actor continued make us swoon onscreen and offscreen. His chemistry with now ex-wife Angelina Jolie was electric in the 2005 movie Mr. & Mrs. Smith. To play a secret agent, Brad had to keep up his hot physique. He even played a man who aged backwards in The Curious Case of Benjamin Button. It’s almost as if it was based on a true story because Brad truly is not aging.

The older he gets, the sexier he stays. Brad is currently filming Once Upon A Time In Hollywood and rocking so many hot looks. Brad’s in the best shape of his life right now, and we wouldn’t have it any other way. Check out Brad’s transformation from way back then to now in our gallery above!