It seems like love is (back) in the air between Paulina Gretzky and Dustin Johnson, following rumors that he cheated! He shared a photo with Paulina at a Kid Rock concert over the weekend, and it looks like these two are back on for sure!

Paulina Gretzky, 29, and Dustin Johnson, 34, seem to be working past the recent cheating scandal that almost destroyed their engagement. On Sunday morning, October 14, the pro golfer shared a photo from his date night with the model at a Kid Rock concert. “Thanks kid for an amazing show @paulinagretzky,” Johnson captioned the PDA shot. The pair were all smiles in the photo, as Gretzky cozied up to him.

Johnson’s post comes just one month after Gretzky wiped her social media clean of any photos of him on September 10. Her social media purge came soon after rumors surfaced that he cheated with a socialite who attends the same country club as the couple. Johnson later released a statement on Twitter, seemingly addressing the pair’s relationship status. “Every relationship goes through its ups and downs, but most importantly we love each other very much and are committed to being a family. Thank you for your love and support,” he tweeted on September 11.

This isn’t the first sign that the famous couple is back on. They were photographed sharing a celebratory kiss at the Ryder Cup in Paris on Friday, September 28. Gretzky was on hand to support her man, who partnered with Rickie Fowler to defeat Rory McIlroy and Thorbjørn Olesen in the first session. The day before their smooch session, Johnson and Gretzky arrived hand-in-hand at the tournament’s opening ceremony at Le Golf National. 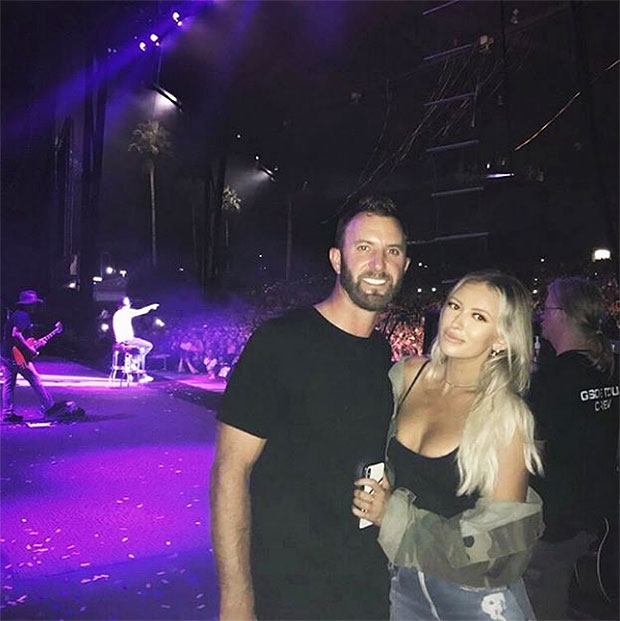 Let’s also note that a breakup between the two was never confirmed. However, sometimes actions speak louder than words, and these two just couldn’t stay away from sending signs on social media. But, they’re obviously doing much better these days!

Gretzky and Johnson have been engaged since 2013, and share two children together, River Jones, 1, and Tatum, 3.